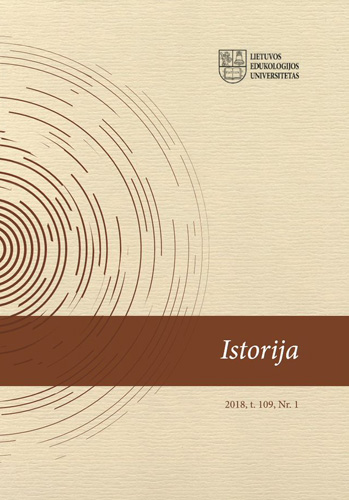 Summary/Abstract: The article is dedicated to Antanas Olis (1898–1958), a Lithuanian American public and political figure, lawyer. It analyses the key moments of his life and activities, his influence in the political, public and cultural life of the émigré community. The article investigates the activities of Antanas Olis after Lithuania’s occupation by the Soviets when he actively joined political activities and made a special contribution in organising and participating in various political campaigns which sought to bring up the issue of Lithuania among Americans. Through his ties with Americans and his work in the national Republican Party group, Olis won his way to the broader horizons of the US politics in the attempt to draw attention to the case of the freedom of Lithuania.