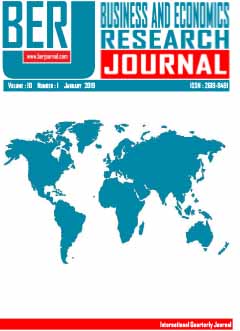 Summary/Abstract: The aim of this paper is to define the optimal level of liquidity and to investigate its impact on the overall bank profitability. To achieve these goals, we use a large sample of 127 countries over the period 2005-2015. The whole sample is divided in two sub-samples. The first covers 46 high income countries and the second includes 81 low and middle income countries. We performed the Panel Smooth Transition Regression (PSTR) as econometric approach. Empirical results show that the optimal level of liquidity that affects bank profitability is 24.18% for high income countries and 40.45% for low and middle income countries. Findings also indicate that credit risk decreases significantly the level of profitability of the two groups of countries.