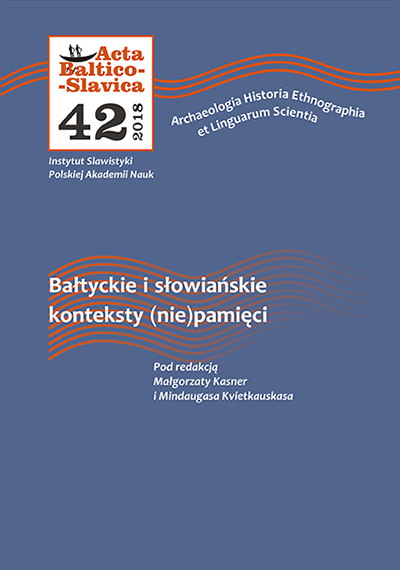 Summary/Abstract: This article presents the language situation of the Slavic minorities (Russians, Poles and Belarusians) in Latgale in the 1920s and 1930s in individual and collective memory. As perceived by the informants, the interwar period is associated with the dominance of the Latvian language in the public sphere (the army, public service, education, official place names). In their view, military service and education at Latvian schools contributed to the development of Latvian language competence among national minorities. On the other hand, the 1920s and 1930s were also a period when Poles and Belarusians had access to education with their native language as the language of instruction. Although the accounts under consideration reflect a collective perception of the period and reveal its atmosphere, each of them is unique as it includes particular details and conveys feelings of individual informants (participants in the events and their descendants). The informants developed a stereotypical perception of the period, according to which there was a direct link between the level of command of the Latvian language and participation in certain spheres of public activity.