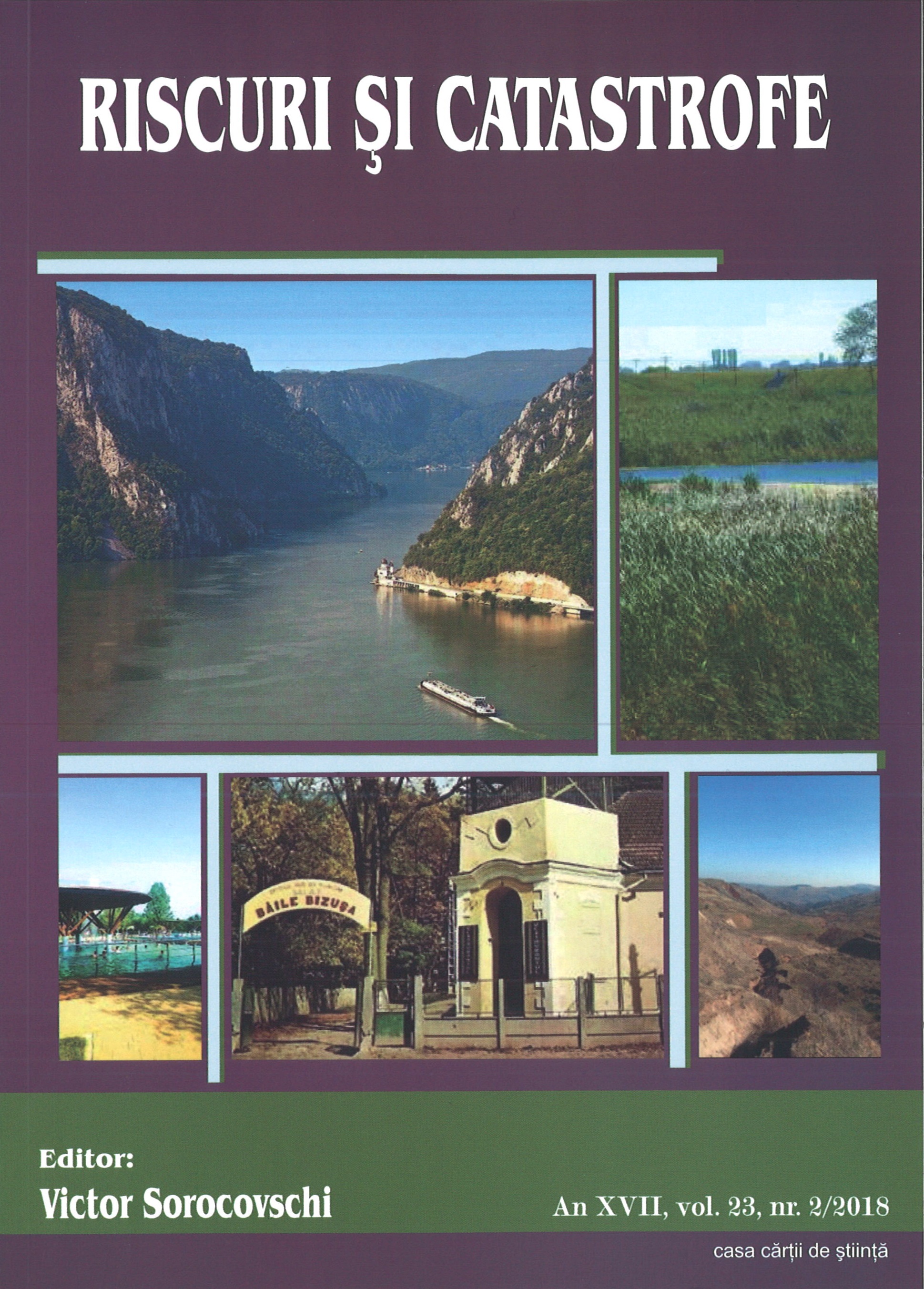 Summary/Abstract: In the winter of 2017-2018 and the spring of 2018 at the level of the entire Northern Hemisphere a series of climatic anomalies occurred. As a result, such phenomena have also been recorded in Romania, and at regional level, in the southwest of the country, they have been specific. All the winter months were warm, and of these, December 2017 was the warmest with the monthly mean temperature for the Oltenia region of 2.7°C and the deviation from the previous century of 2.5°C, followed by the February with an average of 0.9°C and deviation from the previous century of 1.4°C and January with 0.8°C and a deviation of 3.4°C. In the spring months, the alternating climatic processes continued. Thus, during March, between 18-23.III.2018 there was a snowy period that had deposited a consistent layer of snow accompanied by low temperatures. This climatic process of late cooling of the weather and the return of winter phenomena has affected all of Eurasia. In Oltenia, it produced lower mean temperatures than normal with negative deviations from the normal last century (average for the whole region was 3.6°C and -1.0°C deviation.) March was pluviometric excessively rainy with the average for the entire region of 95.3 mm and the percentage deviation from the normal last century of 126.2% .The month of April was the warmest in the history of meteorological observations, and May was particularly warm after the deviations of the monthly mean temperature from normal. highlighting climate change in Oltenia, climate change and their consequences (Bogdan Octavia, Marinică I., Mic Loredana-Elena 2008, Bogdan Octavia & Marinică I. 2009, Bogdan Octavia, Marinică I., Marinică Andreea Floriana 2010, 2017; Ion Marinică, Andreea Floriana Marinică, 2016).