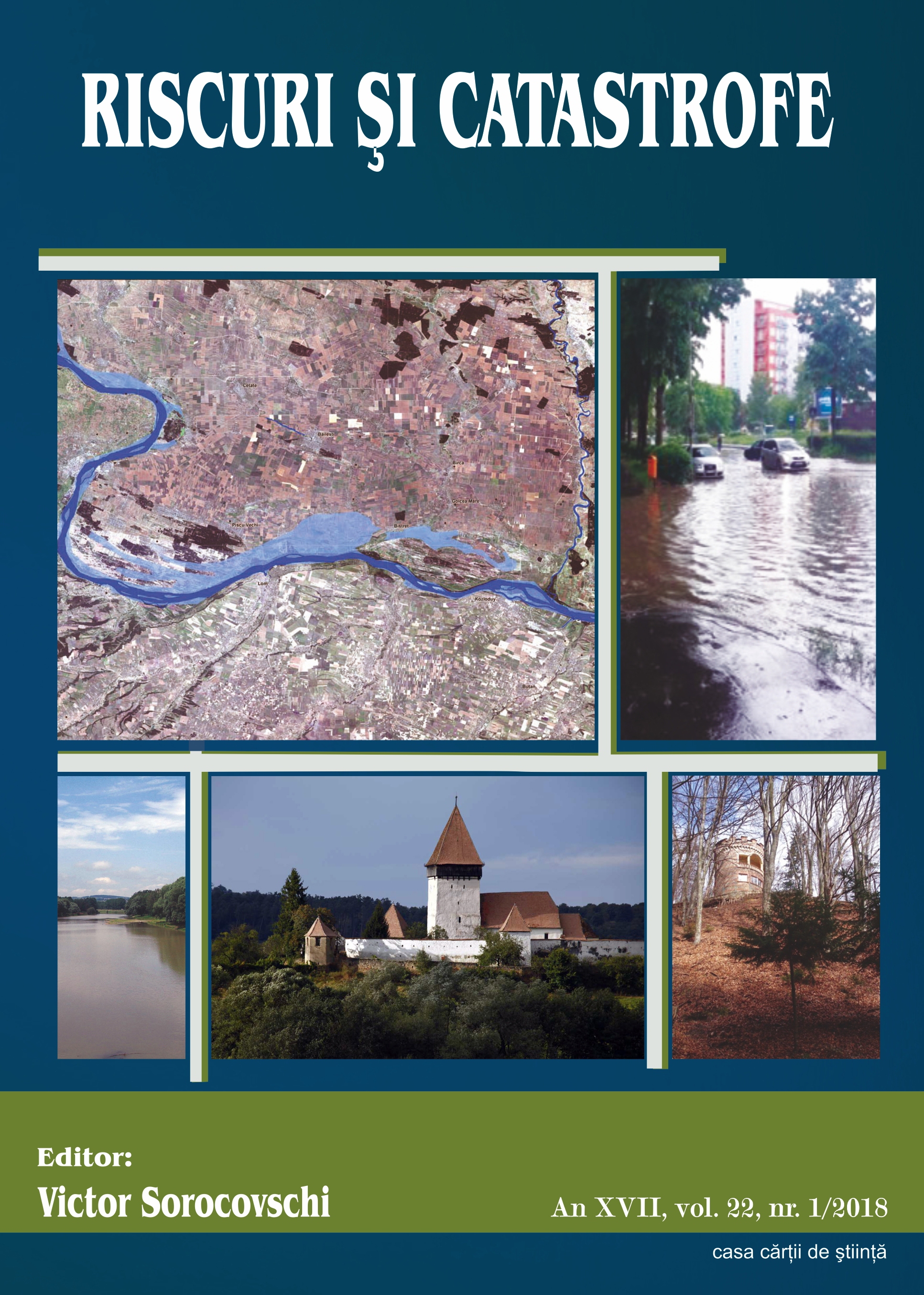 Summary/Abstract: Year 2017 was, at a global warming level, the third year in descending order of temperature averages. In Oltenia, as in the whole country, during the summer there were long dry and canicular periods. For the period 4-5.VIII.2017, a red and orange code of meteorological warning for the whole country was issued for high temperature and thermal discomfort, being the first such warning for the whole of Romania throughout the ANM's history. On August 3, 4 and 5, the thermal comfort index (ITU) exceeded the critical threshold of 80 across the country except for the mountain range. The maximum value of this parameter for the whole country was 86.3 at Brăila and in Oltenia 86.0 at Calafat on the 6th of June. The heat wave between July 29 and August 12 (15-day duration), with the peak on August 4, 5 and 6, is a new record for Romania. In Oltenia six absolute thermal records and four values of monthly thermal maxima were recorded, in the second place in descending order of the data strings. The paper is a continuation of extensive studies on climate variability and climatic conditions in southwest Romania (Marinica I, 2006; Marinica, Andreea, Floriana, Marinica 2016).