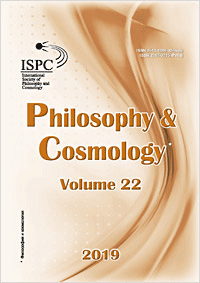 Summary/Abstract: The article deals with the philosophical foundations of the theory and practice of creating Cosmic Humanity. It suggests a new idea, concept and technology of organizing cosmic communities, i.e. communities of people aspiring to space, striving to explore space, to fly and live beyond the Earth: the Cosmic Union of communities for the implementation of the superglobal project to create Cosmic Humanity. The methodological, social and technological aspects of the evolution of cosmic communities are described. The options, ways, models and projects of the institutionalization of such communities in the process of space exploration, as well as the creation of Cosmic Humanity, are systematized. A brief analysis of the history and experience gained during the Space Age and the Space Revolution is made using the examples of the two types of Cosmic Humanity: (1) the global astronaut community (1959-2018) and (2) the Asgardian community — a megaproject of the first space state created in the cosmopolitan paradigm form of constitutional monarchy based on digital technology (2016-2018). A new powerful stream of people aspiring into space (more than 1 million people) has arisen and is growing. The problems and features of the transition process during the creation of Cosmic Humanity are shown. A general assessment of the potential and problems of applying new technologies is given. The features and risks associated with changes in the position and status of man in new cosmic communities and Cosmic Humanity, taking into account technical development and transformations in the process of space exploration, are highlighted. An “ultimate” hypothesis of the evolution of man, mankind and Cosmic Humanity was suggested. The main conclusions and recommendations are formulated.