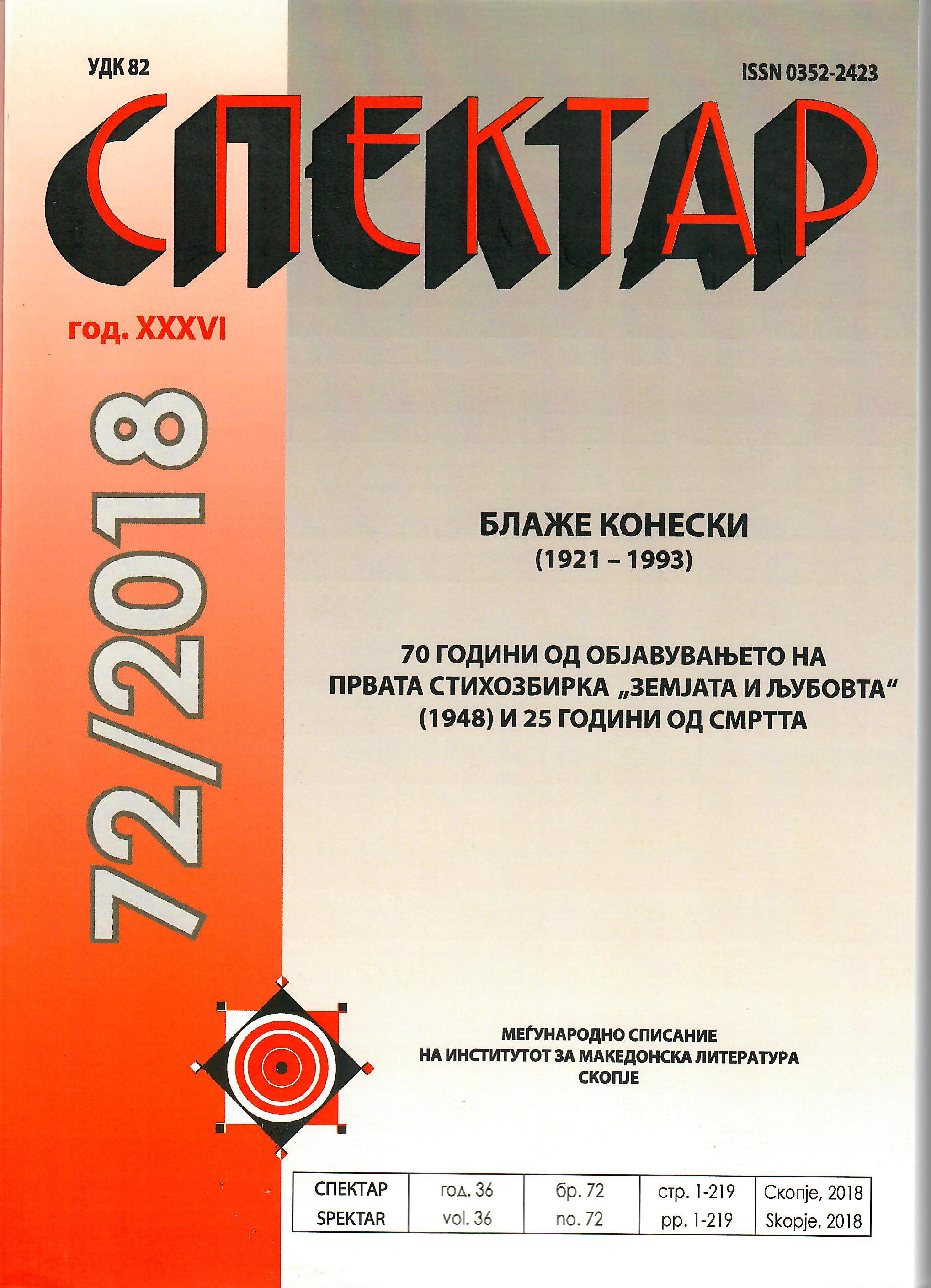 Summary/Abstract: The literary opus of Blaze Koneski are consists from the critical-theoretical part and from the poetic part. In the paper, the emphasis is put on the critical-theoretical part, and the focus is the tradition and the relation/the attitude of Blaze Koneski towards the tradition, which in the paper is not considered as a formalistic-essential/ as a given, i.e. organic whole, but it is considered from a postmodern aspect. This aspect, allows to indicate that "the tradition is not an autonomous, closed, immanent structure, that its closeness is constantly delayed, that it is a creation in infinite change and re-creation, or an open structure, that it is not just a linear transmission from knee to knee, i.e. adding, remembering, storing events, but also forgetting and eliminating them". Therefore, on the methodological plan for clarifying the problem of tradition we did not operate with models, but we followed the postmodern approach, a principle-no-principle known as "integration by the way of the differentiation" (Foucault) or a differane (Derrida). This means that in the analyzes we do not deal exclusively with the description of what is already evident and confirmed in the works of the author, but also with what in his critical-theoretical opus seems seemingly peripheral, and which in fact disputes the essentialization of his thought, ie, it makes problematization of the discourse itself from within. Hence, in this way it can be most effective to show that Blaze Koneski is so far from being called a traditionalist.