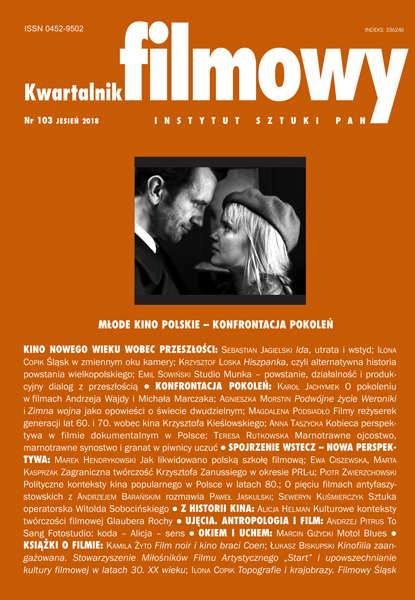 Summary/Abstract: The problem of shame is at the centre of the debate surrounding “Ida” (2013) by Paweł Pawlikowski. Two discourses on the policy of shame collide with each other in the debate – the emancipatory one and the ethno-nationalistic one. According to the first, characteristic of the left and liberals, Pawlikowski’s film does not embarrass the Poles enough; on the other hand, right-wing critics argued that the work is distorting history to drive us, Poles, into shame, although there is no reason for them to be ashamed. The film itself – although it raises the problem of shame – focuses mainly on the affect of sadness. Jagielski makes the object of his interest the way in which the film, referring to the aesthetics of films of the Polish School, produces such negative feelings as loss or absence. He places “Ida” in the framework of the cinema of a mood, in order to think through the position of the viewer in relation to the images displayed on the screen. The film first invites us to establish an empathetic connection with the heroines saved from the Holocaust, and then lets us collide with the radical emptiness left after their loss.