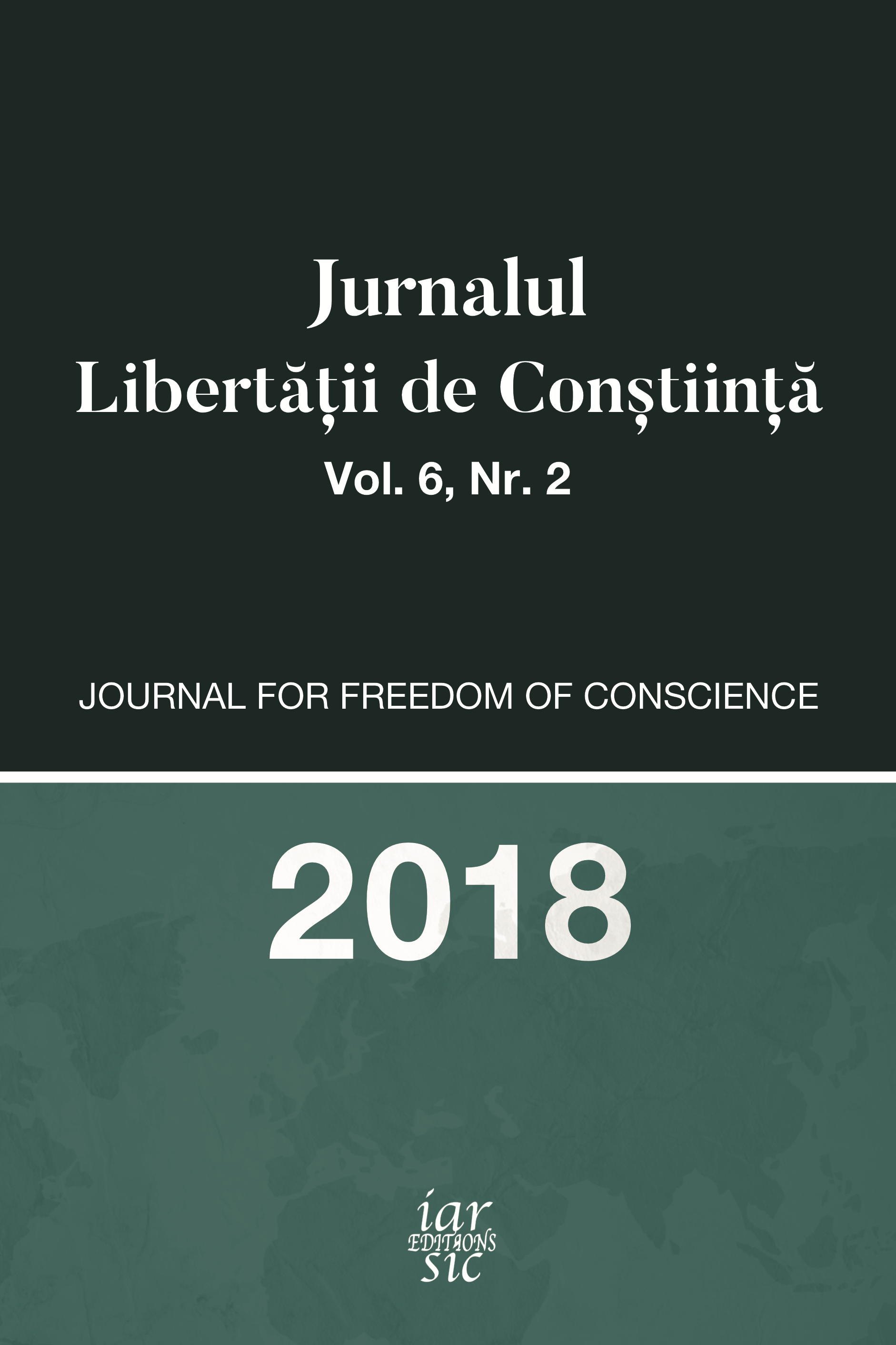 Summary/Abstract: Today’s European democratic society cannot be conceived without a comprehensive system of legal norms and insurer clauses (mainly national and European courts of justice) that guarantee the protection of human rights and fundamental freedoms. It is recognized that there is a moral- Christian foundation of human rights concerning legal norms in democratic Europe after World War II, relevant from this perspective being the Christian vision assumed publicly by the founding Fathers of united Europe or important elements that have was the basis for the elaboration and adoption of the European Convention on Human Rights in 1950. Promoting new currents in Europe in the last decades of new liberal- progressive thinking and cultural models have led to important mutations in legal values and norms in human rights material. As the process of secularization, which goes beyond the laic state principle, generally accepted in European societies through the autonomy of the churches towards the State, moral norms are less and less connected to those of Christian doctrines and, consequently, cause consistent transformations in the plan of social values and legal norms. This generates prominent tensions between the different international cultural patterns, between different regions of the world and the axiological and normative Western system, tensions particularly visible in international organizations of universal vocation, such as the United Nations and its subsequent bodies (eg the Committee or the Human Rights Council). The same kind of contradictions are increasingly visible in the context of the enlargement process of the European Union and the deepening of the European integration. The Christian foundation of many East-Central European countries and the in-depth position of the majority of the citizens of these countries, which continue to be consistent with moral-Christian values, are in conflict with the political and normative demands of Brussels and others Western European member states, seeking changes to national laws and public policies on issues such as the lawmaking of LGBT marriages or adoption of children. Relevant in this regard is the holding of popular referendums in countries such as Poland, Hungary, Croatia, Slovenia and some Baltic States and also Romani for defining in the national Constitutions of the marriage institution as a freely consented union between a man and a woman and not in other alternative formulas.