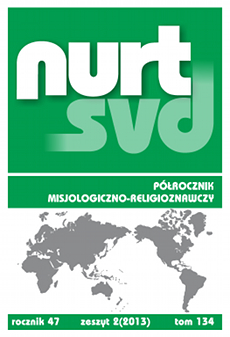 Summary/Abstract: The AMECEA Pastoral Institute (API) was founded in 1967 to serve the dioceses of the Association of Member Episcopal Conferences in Eastern Africa (AMECEA). API developed new approaches in the manner of training of pastoral personnel according to the communion ecclesiology of Vatican II. In 1973 the AMECEA bishops already made the Small Christian Communities (SCC) their pastoral priority. The SCCs allowed Africans to experience and live Gospel values in an African context. The image of the Church – the Family of God in Africa, as developed by the first African Synod in 1994, gave a new dimension to a specific African ecclesiology and to an African pastoral theology, which was especially reflected in the teaching and training for adequate pastoral personnel at API. The Publication Department publishes the African Ecclesial Review (AFER) and the Spearhead Monograph Series, one of the most recognised theological and pastoral series in the English-speaking Africa. Since 2008, API is a campus of the Catholic University of Eastern Africa (CUEA), which gave API a more accepted status and a new challenge for the tasks of the Catholic Church in Eastern Africa in the 21st century.