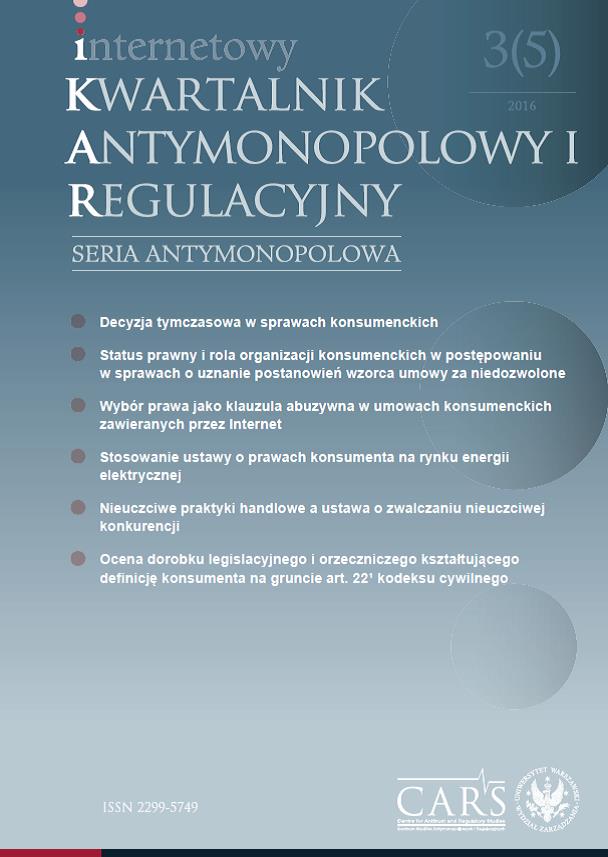 Summary/Abstract: An increased risk exists now related to the correct determination of the applicable law in consumer contracts (with an international aspect) concluded online. In case of a dispute regarding contracts between a consumer and a foreign entrepreneur, the consumer may face procedural difficulties. It is also possible that the law which has been applied, on the basis of the ‘choice of law’ clause, does not provide the type of protection which the consumer may have in his own place of residence. The Polish Supreme Court Such analysed this issue in a judgment dated 17 September 2014 (I CSK 555/13). The Court ruled therein that a clause in standard consumer contracts predetermining the application of law foreign to the consumer, but ‘domestic’ to the entrepreneur, should be considered an unfair contractual provision in light of Article 385(1) § 1 of the Polish Civil Code. The above mentioned ruling leads to the question if, in practice, the ‘choice of law’ clause is thus excluded in consumer transactions (B2C)