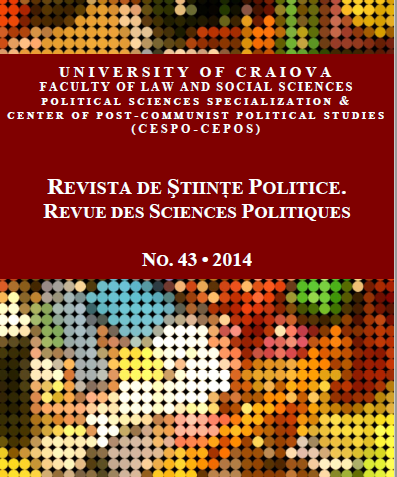 Summary/Abstract: After the unleashing of World War I, the political-diplomatic relations between Romania and Yugoslavia took a new turn, as a consequence of the socio-economic and political conditions from the south-east of Europe, conditions that left their mark on the diplomatic activities of the two states, interested in maintaining the status-quo, created after the Versailles System. Between 1919 and 1939, the gathering of the political, diplomatic and military elements for securing the territorial status-quo, imposed the signing, by both Romania and Yugoslavia, of some bilateral treaties, their integration in the League of Nations and other organizations like the Little Entente and the Balkan Pact. Romania and Yugoslavia, medium-sized states, with an irrelevant economic potential, wished to join defensive political-military alliances that would allow them to consolidate their international situation. The guarantee of their security and peace constituted the priority of their external policy, while there was emerging the revanchism, the revision of the peace treaties from the Versailles System and the instauration of totalitarian regimes. In order to describe the evolution of the political diplomacy of the two countries, the study presents the principles of the Romanian and Yugoslavian eternal policy from the analysed period of time, accentuating their main objectives and moments: the issue of Banat area, the birth of the League of Nations and the zonal organizations, and the role that Romania and Yugoslavia played in these organizations, the problems of disarmament and enemy identification, along with the collective security policy.