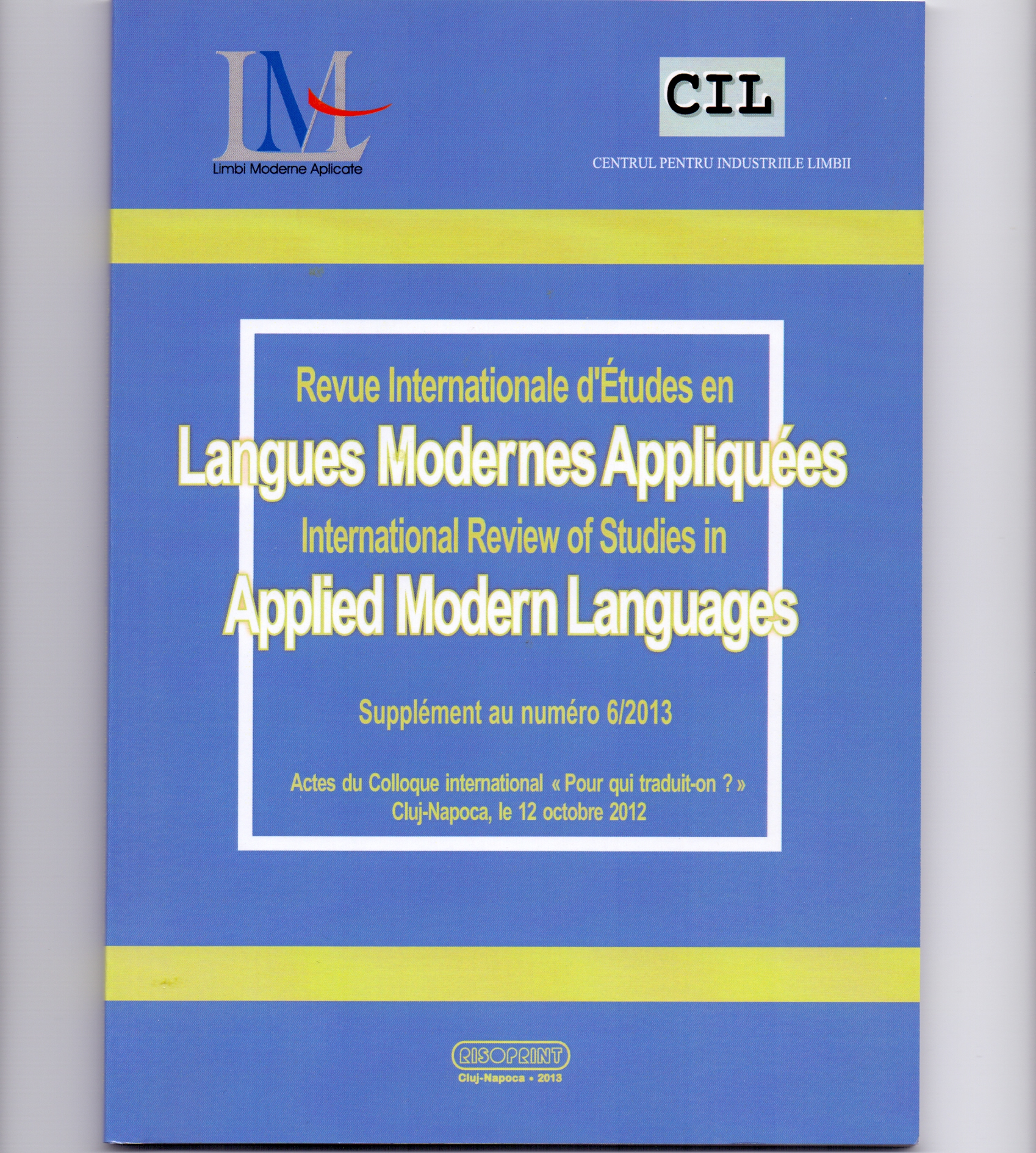 Summary/Abstract: Starting from the premise that ambiguity has to be avoided in scientific communication, the present paper focuses upon the difficulties encountered by a subtitler when translating the terminology of a certain film script from a source language (English) into a target language (Romanian). Consequently we have taken as examples two sequences from the documentary Home directed by Yann Arthus-Bertrand, where there are brought into discussion terms from the ecology domain and glaciology sub-domain, each of them designating one precise concept. The paper explains the reason why the subtitler’s work requires much effort when looking for the correct Romanian equivalent. Any professional translator must consider that synonymy is not agreed in terminology since it obstructs the accurate communication in a specialized domain.