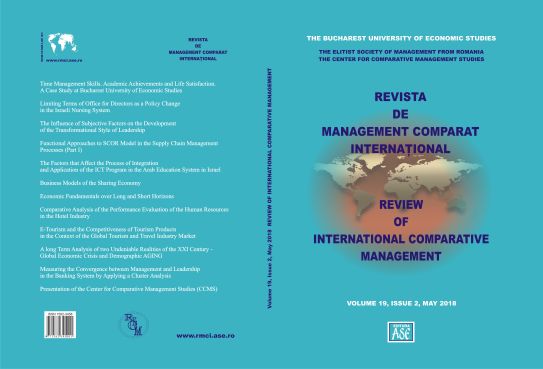 Summary/Abstract: The article highlights idea which said that, in actual socio-economics conditions, will appear inherently lethal mixture between two undeniable realities of the century, namely, on the one hand, economic and financial crisis, with immediate effects of restricting economic activities and thus drastically reducing job remuneration for work and, on the other hand, the trend of demographic aging in most civilized geopolitical zones, strong or medium economic developed. Mankind has lived a long time with the phobia of population explosion, as well as the phobia of premature death due to incurable medical conditions characteristic of the twentieth century but human medicine and the pharmaceutical industry have made remarkable progress. Life expectancy has increased continuously and spectacularly, especially in economically developed areas in Europe, North America, Asia and Australia. Along with this joyful reality, the civilized world has adopted an unexpected demographic trend, namely a massive reduction in the birth rate. Therefore, along with the trend at the beginning of this millennium - in which the civilized people marry and procreate a maximum of 1-2 children up to the age of 35 - after 2008, the global economic crisis appeared. What will happen in the XXI century? Will the world's median age increase, dramatically reducing the ratio of people of working age and the total population? But the worst thing, in this context, seems to be the strangely inadequate reaction of human society regarding the use of available workforce. Many people of working age - often quite competent people- remain outside the labor market! Thus, this scientific approach constitutes a warning on the urgent and effective implementation necessity of new employment policies. On the contrary, we must accept that human civilization has finally found the brilliant and absolutely ridiculous model of self-destruction precisely because of the scientific and technical progress of medicine regarding the increase in life expectancy? Evolution involves regression?!