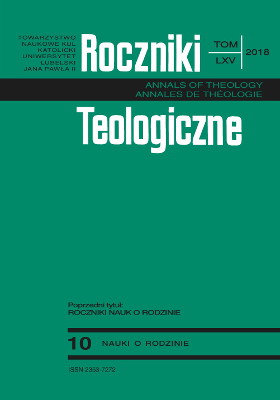 Summary/Abstract: A steady increase in the indications of intoxicants' use is confirmed by empirical studies. One of the factors conducive to drug initiation is the rejection of moral norms associated with religious beliefs. The article presents the relations established between the religiousness declared by the youth and their positions on psychoactive drugs and their use. The data were collected through questionnaire surveys carried out on a randomly selected sample of high school students from the Podkarpacie Region (n = 2273). The research results suggest that the process of secularisation and relativisation observed among the youth, particularly in the sphere of morality, may weaken critical attitudes towards psychoactive substances, both those legally allowed and those prohibited. Moreover, the links between the declared religiousness and such variables as: the time spent on the Internet, the acquaintance with drug users, bringing up by a single parent or both parents as well as the frequency of conversations between respondents and their parents were established. The connections between these variables are statistically significant, so it can be concluded that these distinguished variables influence the diversity in religiousness' indications and consequently the liberalisation of the youth's attitudes towards drugs.