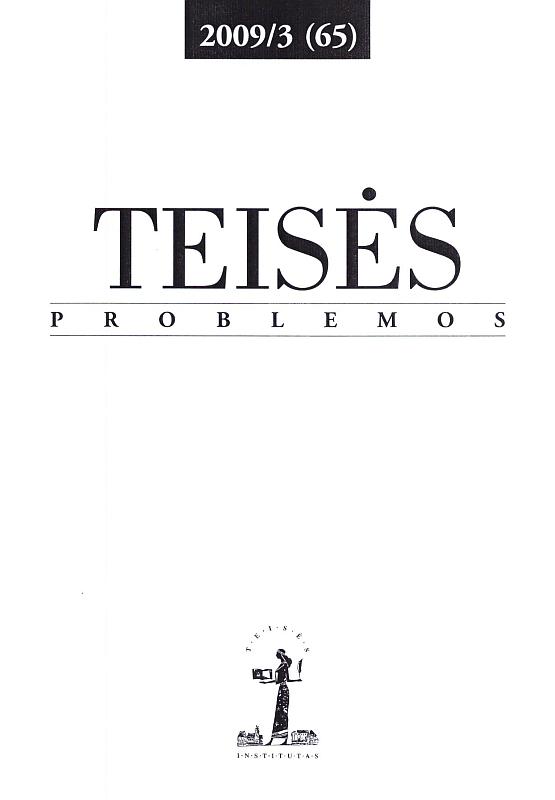 Summary/Abstract: The article gives an overview of the current situation of recidivism studies and researches in Lithuania. It also presents some insights for possible directions of national research development in future. Despite the researches on recidivism are of great importance and needed the sources of information on this issue are very poor in Lithuania. Official statistics is the main and almost the only source of information. This kind of data allows to describe but not to explain the situation of recidivism. Our country does not collect information on two important aspects of recidivist offences: (1) the causes of repeated offences that have occurred despite preventive actions have been taken and (2) latent part of repeated offences that were not grasped by criminal justice system. The studies on recidivism only give the overview of current recidivism situation (level, dynamics, structure), but supply no information that is needed for effective preventive practice in Lithuania. There are some European countries that are at the same starting point as Lithuania in recidivism studies. Nevertheless there are also very advanced countries that exhaustively use the current science achievements and advanced methods of research in criminal career studies. The most important point is that the results of such researches make the scientific basis to create, implement and monitor preventive measures on recidivism. The article also shows that strategic aim in the field of research for Lithuania is to start the creation of modern and effective system of recidivism prevention. It also names the necessary data that should be collected and problems that should be solved in order to create such system.