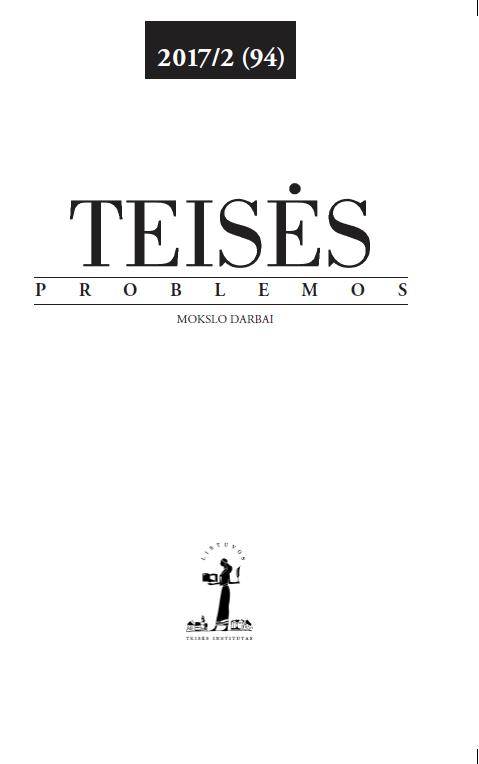 Summary/Abstract: During past decades criminological studies have confirmed the relationship between juvenile delinquency and victimization. In this way, the earlier prevailing opinion that juveniles who experienced victimization and committed delinquent acts are two completely different groups of adolescents was denied. This article presents the results of the Third International Self- Report Delinquency Study (ISRD-3) which enables not only to observe the overall prevalence of youth delinquency and victimization but also to examine the links between the groups of those who committed delinquent acts and those who became victims of criminal offences. ISRD-3 in Lithuania was carried out in five cities (Vilnius, Šiauliai, Kretinga, Plungė, Telšiai). 2 824 pupils from 7th, 8th and 9th grades were surveyed. The first results of ISRD-3 showed that there is a link between delinquency and victimization. Those pupils who be¬came victims of criminal offences were more likely to commit delinquent acts themselves. In this article the further research is continued and the features of minors who experienced victimisation and committed delinquent acts are analysed. The hypothesis that the group of juveniles who experienced victimization and committed delinquent acts (VD group) differs in many ways from other groups (like those who only became victims of crime (V group) or those who only committed delinquent acts (D group)) was tested. The results of the analysis revealed that pupils of VD group had significant higher risk of victimization in comparison with minors of V group. The results of the analysis also showed that minors of VD group had significant higher risk of delinquency in comparison with mi¬nors of D group. However, there were no big differences while comparing personal attitudes (morality, shame, self-control, opinion of significant others) of the minors of VD group and D group. It can be assumed that delinquent behaviour of pupils of VD group is determined by the lack of abilities to resist to risk factors much more than by the lack of personal attitudes.