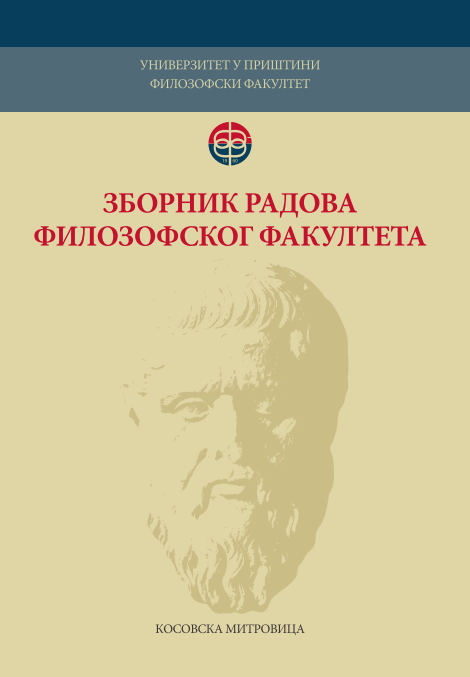 Summary/Abstract: Bearing in mind the warning Crnjanski made '[that] things should be considered from a Serbian point of view', this paper represents a critical overview of a social phenomenon, the creation of Yugoslavia, (the Kingdom of Serbs, Croats, and Slovenes) and which has, in various forms (Kingdom of Serbs, Croats and the Slovenes, the Kingdom of Yugoslavia, the Democratic Federal Yugoslavia, the Federal People's Republic of Yugoslavia, the Socialist Federal Republic of Yugoslavia, the Federal Republic of Yugoslavia, the State Union of Serbia and Montenegro) lasted from 1918 to 2006. In the creation of the idea of Yugoslavia and its realizations, the external and internal factors were co-operating. When it comes to internal (Serbian) factors, the fact that the 'call' of Yugoslavism started with the elite (both intellectual and political) is undeniable, and therefore, it is most responsible for the birth of this idea and for all the consequences that have arisen from it. When after a century from the creation of Yugoslavia we sum up the balance, we find that it was most devastating for the Serbs. In the past 100 years, Serbia-from The Kingdom of Serbia once crowned with glory after The Balkan Wars and World Wars I and II-transformed its position to a losing party in FRY and SFRY, and after the breakup of these countries. The basic idea of this paper that we are trying to prove is that the Yugoslavian idea has been devastating for the Serbian people, as the most dangerous virus, because the Serbs have renounced their national identity for the interest of the common state, on the principles of fraternal equality, bringing in it all of their victories, and ultimately becoming the victim of the ideology. Therefore, Yugoslavia is the largest Serbian uchronia and should serve as a warning to guard against false utopias. Serbia didn't even recover from this drunken euphoria of the creation of the first Yugoslavia during the Second World War. Moreover, due to the British and communist games behind the curtain, Serbia came out this war with at least a million lives lost and without a true social elite that would have foreseen the events in Serbia. The new revolutionary government especially sought and very much succeeded in crafting a break with old historical values, built on traditional religious and cultural principles-especially characteristic for Serbs-which severely damaged the integration of the Serbian people and led to the loss of national identity. After a century of wandering, Serbia has faced new challenges, uncomfortable and incompetent, 'without historical awareness and awareness of evil' to answer them in the right way.