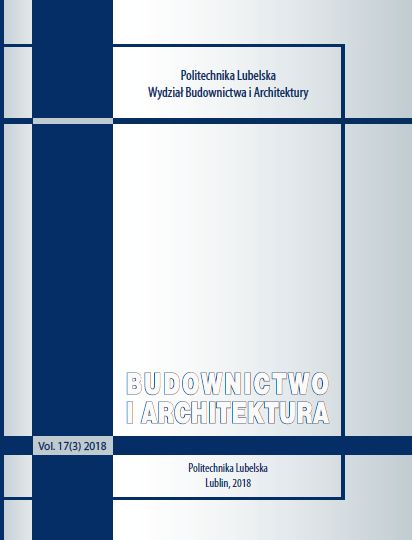 Summary/Abstract: The subject of the paper deals with issues of selection of fragments of urban structure important for the Rzeszów history and tradition and integration of less exposed areas with the area of intensively exploited public space, in order to strengthen the identity of the inhabitants of the city. Characteristic changes in the spatial structure of Rzeszów are the proliferation of public space and its weakening in the historic area of the city, caused by the cutting of streets with significant traffic volume. The lack of public functions within the center is also conditioned by the accessibility for cars of most of the streets in this area. The only enclave of pedestrian and bicycle traffic is the Market Square, Kosciuszko and May 3 streets and parts of Mickiewicz and Grunwaldzka streets. The second zone is the recreation area on the river Wisłok. Both areas are popular among the Rzeszow community, but according to the authors, their capacity does not meet the needs. The paper presents the idea of combining both areas and incorporating into the homogeneous zone of pedestrian and bicycle traffic other, currently separated, areas specific by historical pedigree, including parks. An essential element of the concept are the non-collision crossings of designed roads with the car arterias, with the aid of underground passages, which thanks to the terrain configuration would be accessible by ramps, and their spaces, sunlit and visually visible externally, would not constitute a psychological barrier. Other proposed actions are the elimination or restriction of movement of cars, or the possibility of parking on some streets, correction of tree stand in order to exposition of architectural dominants, etc.