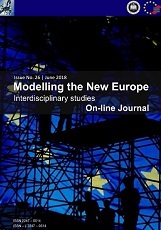 Summary/Abstract: The main aim of the article is to examine a new phenomenon which we witness in Central Europe, namely the illiberal shift. The significant victory of Viktor Orbán in 2010 has determined a new era not only in Hungarian but also in European poli-tics. Basic rules and principles of liberal democracy in Hungary have been deeply weakened. The attack on the separation of powers, the rights of the opposition, in-dependence of public institutions are only few examples of the current illiberal mat-rix used by Fidesz’s government in Hungary, but also Law and Justice in Poland. Im-portantly, this paper analyses the correlation between the transition process of the early 1990s and the current conservative and declarative anti-neoliberal revolution in the region. Readers of this article could also discover some links with even more illiberal political practices applied by the countries of the former Soviet bloc.