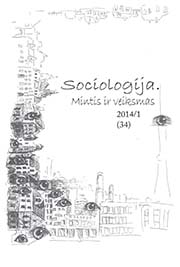 Summary/Abstract: It is claimed that excerpts from “Schwarzen Hefte” published in 2014–2015 do not provide sufficient ground for affirming Heidegger’s Nazism even if it was latently prevalent. Instead, the current upheaval concerning the Heidegger affair is to be understood in diagnostic terms of contemporary philosophical discourse: first of all it is the scientistic discrediting of Geisteswissenschaften and their fullfledged epistemological potential so that it is widely held that these sciences and foremost philosophy are not capable of following the methodology based on fact/value distinction, and consequently their “products”, as in this case Heidegger’s philosophical corpus, must be judged by axiological standards (moral and political beliefs of the author) rather than epistemological merits.