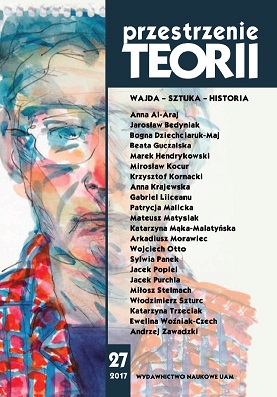 Summary/Abstract: At the end of the 20th century in Kraków Andrzej Wajda began to implement his architectural vision. With the Manggha Museum of Japanese Art and Technology he created a counterpoint to the Wawel hill on the opposite bank of the Vistula. Another precedent was the intimate “Wyspiański 2000 Pavilion”, finally erected between 2005–2007 at plac Wszystkich Świętych. Through his architectural vision and creations he etched himself permanently in the identity of Kraków. Wajda proved that it is possible to understand the city as a creation, as a living work of art. His imagination and determination proved that this does not only need to be through the illusion of film.