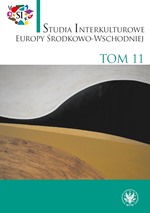 Summary/Abstract: Maxim Gorky’s person has become a legend already during the writer’s life, andhis perception has been ideologized both in Russia and abroad. This is evidencedby the analysis carried out in the article reception Gorky’s drama in Poland, themost important phase of which was determined by the changing political situation.The reception has changed substantially: from the spontaneous popularity of theRussian writer at the turn of the 19th and 20th centuries through ambivalence in theinterwar period, forced apotheosis after World War II to marginalization after 1989and reinterpretation attempts in recent times. As the analysis shows, a significantpart of Gorky’s plays has survived the difficult test of time. These literary works, formany directors and spectators, are a carrier of universal values, while the authoris considered a classic of Russian dramaturgy.