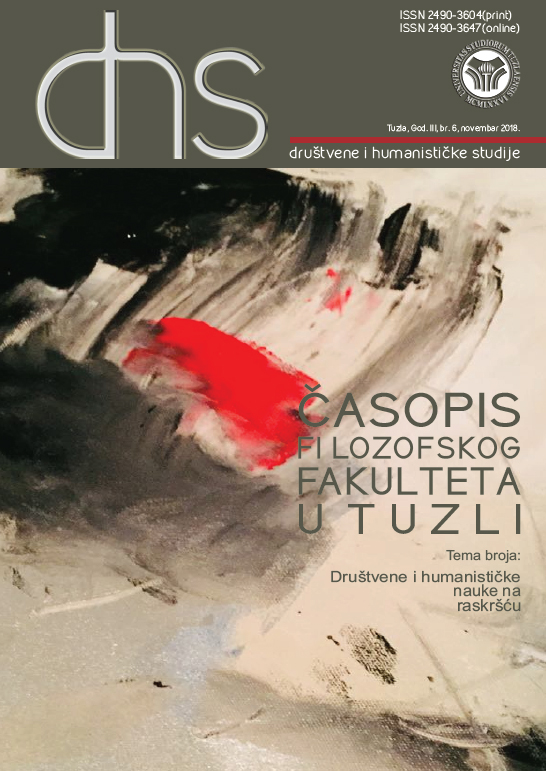 Summary/Abstract: In the paper the authors are analyzing the socio-economic status of women journalists from the south ofSerbia. Their monthly salary is far below the Republic average, and the analysis showed an importantlink between the amount of monthly income and the level of satisfaction of respondents - 92.1% ofrespondents showed dissatisfaction with their monthly compensation. If they were offered another jobthat is not journalism, 35.4% of respondents answered that they would accept it gladly, while 20.8% ofrespondents said that they would accept this offer ony for economic reasons. Labor and legal status inwhich the largest number of women journalists are is an employment for an unlimited period of time,while a slightly lower number of respondents is employed for a certain period of time. The percent ofunemployed is 18.8%. The research did not show a significant statistical link between the labor andlegal status and the level of security of the respondents, due to the fact that 26.66% of the respondentswho are employed for an indefinite period, and have the most stable type of employment status, feel“unsecure”. Apart from economic vulnerability, dissatisfaction with the financial situation, feelings ofinsecurity and uncertainty, readiness to change the profession, the position of journalists in the south ofSerbia is further degraded by dominant gender policies. Reasearch shows that 37.5% of respondentswere exposed to sexist attacks by interlocutors during their work. In addition to the high percentage ofwomen journalists who have suffered sexism, 14.6% of reporters are not sure whether they have everbeen exposed to sexist attacks by interlocutors. In the case of perception of gender-based violence againstother journalists, there is also a high percentage of journalists (20.8%) who express uncertainty. Inaddition, two-thirds of the women reporters (66.7%) explicitly claim to be aware of at least one case ofthis kind of violence. Findings also show that although 75% of journalists from the south of Serbia thinkthat journalists can influence the change of the position of women in the society, an equal number ofthem think that they do not influence the deconstruction of the gender stereotypes sufficiently. As amethod for collecting data, authors used survey, while quantitative and qualitative analysis is used as anoperational method.