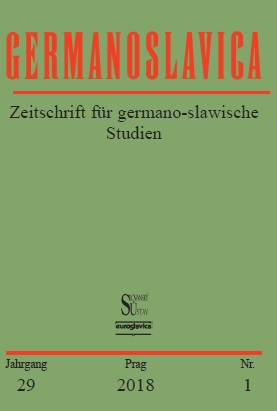 Summary/Abstract: Lenka Reinerová, who has been, since the 90’s, called by the media the last Prague German writer, uses this unique status of hers and presents herself – either in media or in her texts – as a holder of this tradition. This contribution deals with Reinerová’s performance as the last German-writing Jewish author in Prague. It thematizes some aspects of her work, that refers to this literary tradition and at the same time it points out the problems of the full term “Prague German Literature”. On the example of the model of “symbiosis”, that Reinerová presents as a characteristic feature giving a true picture of the cultural coexistence in Prague in the 1920s and 1930s (till 1935-1939) – or possibly from the 1910s till 1935-1939 –, the contribution points out schematisation of all the existing models of so called Prague German literature and even such models proposed by witnesses of that period among whom Reinerová may be ranked.