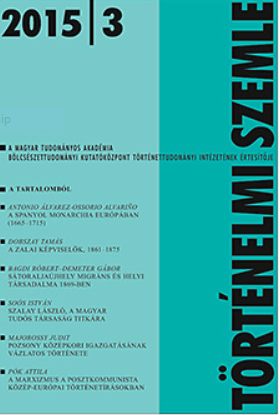 Summary/Abstract: Marxist historical writing in the countries of the former Soviet Bloc is frequently described as sheer communist propaganda. Challenging this view the present paper gives a short summary of the position and peculiarities of Marxist historiography in Eastern and Central Europe before and following the collapse of the Soviet Bloc. It argues that East European Marxist historiography (or in retrospect it might be perhaps more appropriate to call it historiography under Marxist philosophical and ideological influence) before 1989–1990 offered substantial contributions to modern historical scholarship. A primary example for that is how these historiographies addressed the issue of East European backwardness. The paper explains that in spite of the uniform ideological doctrines the historiography of the countries of the Soviet Bloc was far from being homogeneous. It defines three major changes that after 1989–1990 could open up new avenues for historians of these countries: the easier access to archives of modern and contemporary history, the disappearance of taboo topics and the completion of the process of the desideologization of scholarship. After taking stock of the few workshops and debates of Marxist historical scholarship in post-communist Eastern and Central Europe the paper concludes that as the Soviet Bloc disappeared from the political map, Marxism, as for now, disappeared from the intellectual map of Eastern and Central Europe. Still, those works in Marxist spirit that were trying to address key issues of the region’s history are indeletable, valuable parts of its historiographical legacy.