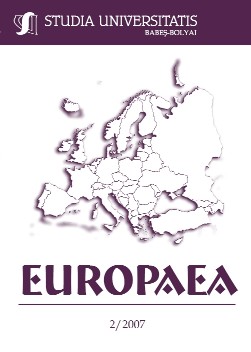 Summary/Abstract: The world of academia is on the move in science just as much as in social sciences and humanities. Borders, at least in this sphere of life, seem to be vanishing. One semester here, another there, joining project teams paralelly in various parts of the world, talking to publishers via Internet, submitting manuscripts without paper from a distant hideaway are natural elemts of contemporary academic life - East and West alike. For my generation of East Central European intellectuals, when we, the so called 1968-er generation, started our careers in the first half of the 1970s, the probability of this way of life was identical with having week-end houses on the Moon or the Mars. From a purely technical-scientific point of view, even life on these distant planets seemed to be feasible-sooner or later. The real question was what kind of a passport and visas shall we need in order to get there, to what an extent the political tensions of the bipolar Cold War world will allow us to travel there. The two decisive political experiences that basically shaped our minds took place in 1968: the student revolts in the West and the Soviet invasion of Czechoslovakia. In this paper I would like to address a seemingly simple issue that, however, like a drop of the seawater reflects the composition of the ocean, mirrors the remapping of the minds of numerous intellectuals in Eastern and Central Europe during the last nearly four decades: the changing contents of the concepts of East and West in these minds.