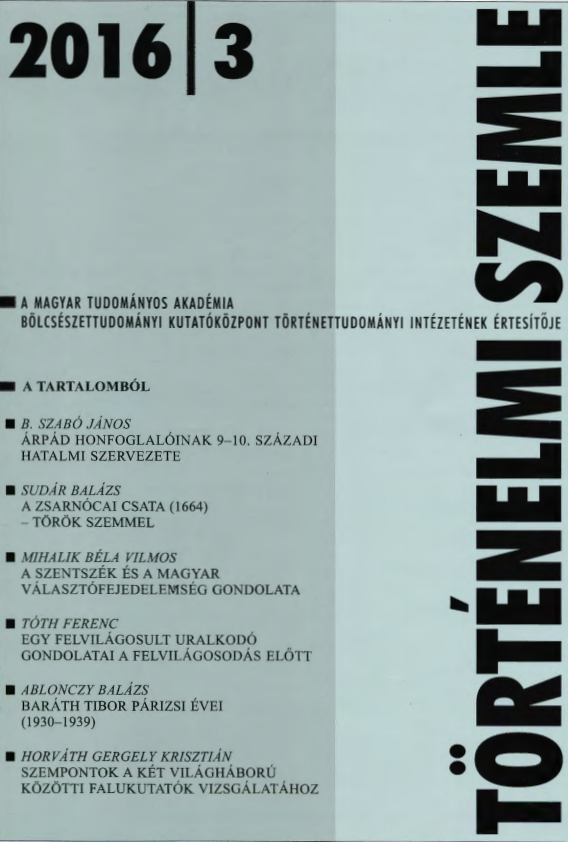 A Német Lovagrend megítélése Magyarországon II. András korában
The Changing Image of the Teutonic Order in Hungary during the Reign of Andrew II

Summary/Abstract: Although the Teutonic Order spent hardly more than a decade in Transylvania (1211– 1225), this period was enough to change decisively contemporary perceptions of them. When king Andrew II of Hungary invited them to his realm, he no doubt hoped earnestly that they would be able to fight off the Cumans with success. The charters issued over the first three years prove that the Order lived up to these expectations. Later, however, and up to 1222, no royal or other document refers to the activities of the Knights, a silence which, compared to the praising tone of the previous charters, seems difficult to explain. From this period, only a papal charter is known, which confirmed former royal grants, and shows that the Knight for some reason thought it necessary to secure the support of the Papcy. In other words, the relationship between the Order and the King of Hungary seems to have broken down by 1218. The reason was apparently the papal decision in 1216 to prohibit the Teutonic Knights, similarly to the Hospitallers and the Templars, to receive conditional grants from lay donators. This questioned both the legal status of the Transylvanian grant and the king’s overlordship. After the prohibition had been repeated in 1220, Andrew II took the Barcaság region from the Knights in 1221, but restored it to them a year later, and even accorded new privileges. At the same time, he prohibited the Knights from minting coins and from recruiting settlers on royal lands. Petitioned by the Order, the Pope exempted the Barcaság from the authority of the bishop of Transylvania, which raised the disapproval of the Hungarian clergy. After the Pope had subjected the Barcaság, and the lands taken from the Cumans, to the ownership of Saint Peter, and the special protection of the Holy See (1224), the Hungarian King feared that the Order would try to establish a state of their own under papal overlordship. Consequently, he drove them out of his realm, where they were regarded as „fire in the lap, a mouse in the bag, a snake in the bosom”. This phrasing repeated verbatim the expression that Pope Innocent III used with regard to the Jews. By referring to the Order, supported by the Papacy, with a phrase applied to the enemies of the Church, the Hungarian court sent a clear message to Rome about its views of papal absolutism.