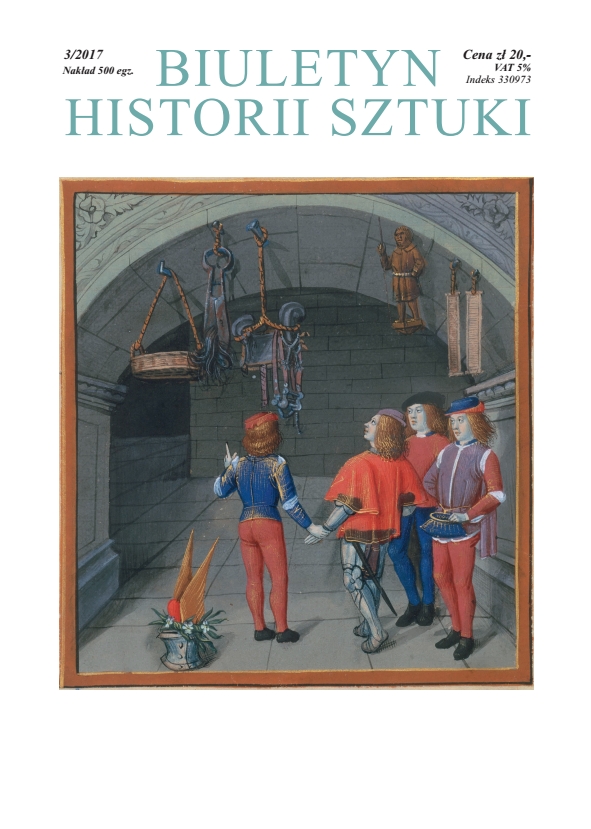 Summary/Abstract: ‘Exhibition of Rejects’/ Salon de Refusés of the First National Exhibition of Fine Arts in 1950 In Poland, 1949 was the year when the artistic circles debated specifying the guidelines of Socialist Realism, a unique creative concept conceived by Soviet ideologists. Fine arts were incorporated into the process of consolidating class awareness and arousing positive emotions to the apparatus of Communist regime, and so they were also subdued to the Party control. The Ministry of Culture and Art established the Central Office for Art Exhibitions (CBWA), responsible for holding planned fine arts displays, in compliance with the ideological programme. The highest ranking were the National Exhibitions of Fine Arts (OWP), which in 1950-54 constituted a kind of a platform for the valid doctrine and allowed to verify it on a mass scale. Their centralized character allowed for the political correctness control of the works, while conferences and debates conducted at the same time, provided an opportunity for a systematic indoctrination of artists and critics. The article’s focus is on the First OWP, decisive for the Socialist Realism breakthrough in 1949-50, yet at the same time full of contradictions and inconsistencies resulting from political and time pressures. Despite hard trials the principles of the tendency had not as yet been clearly formulated, while the popular reform of artistic education in the Soviet spirit was only awaiting its launch in the subsequent academic year. Therefore, the First National Exhibition of Fine Arts was basically a confrontation with the existing until then variety of artistic approaches, based on the works executed by representatives of the elder and middle-aged generation of artists. Forced to abandon their previous artistic practises, they sought for different ways in order to fulfil the social tasks of art, however the results of their efforts had little to do with the Soviet Socialist Realism line. Its adaptation was most ‘reluctantly’ conducted in painting, which, being the leading discipline in fine arts, at the same time constituted the most challenging territory for the doctrine promoters. Holding an exhibition complying with the Kremlin instructions in this respect and prepared within six months required a centralized approach. For the purpose, a separate academic organization was created, named the State Institute of Art, in which ideological transformations in various artistic disciplines were coordinated. One of the main tasks of the organization related to fine arts was a methodical photographic record of the official exhibitions conducted since the First OWP in 1950 until the official end of the domination of Socialist Realism. Preserved intact, it currently forms part of the Collection of Photographs and Survey Drawings at the Institute of Art of the Polish Academy of Sciences in Warsaw. Being almost a full record of the artistic output of the Stalinist period, it constitutes a rare case of a definite phenomenon in art having its own complete archive created for the needs of one institution. In the recent years, the set has been digitalized, rescuing from oblivion almost 7,000 negatives, glass in the majority of cases. It contains the ‘black-and-white’ chronicle of Polish Socialist Realism, which being so extensive, opens the way for research into the peculiarities of the first half of the 1950s. Furthermore, it reveals the organizational background and political mechanisms ruling Polish artistic life over that challenging time. The most thorough and comprehensive entry is related to the first of such exhibitions in 1950, possibly mainly due to its largely ‘pilot’ and experimental character. It contains 809 photos, though it is known that 628 works were accepted. The remaining photos, amounting to 181, constitute an additional ‘informal’ record of the Exhibition, including, among others, the titular ‘Salon of Rejects’, created as a result of painting-related ideological arguments. It is made up of some dozens photographs of the paintings submitted for the First National Exhibition of Fine Arts, which did not match the valid criteria according to the qualifying committee; the documentation must have been meant to serve some ‘internal’ research and teaching goals, while also creating the ideological superstructure for the artists. The forgotten negatives, today provided in an accessible digitalized format, constitute unique iconographic material which allows a wider picture of the mechanisms running the Socialist Realism campaign from the turn of 1949 -50. Thanks to conscientiously kept entries into inventory books, we can recreate the full list of the painters who were not ‘cleared’ for display in 1950. Here are their names in alphabetical order: Marian Bogusz (1920-80), Tadeusz Brzozowski (1918-87), Maria Dawska (1909-93), Mieczysław Dyląg (1917-2004), Zdzisław Głowacki (1919-87), Bolesław Gozdawa-Piasecki (1912-80), Zofia Hertz-Łukańska (1915-83), Mieczysław Jurgielewicz (1900-83), Włodzimierz Kliszko (?-?), Zbigniew Kowalewski (1914-2000), Janina Kraupe (1921-2016), Hanna Krzetuska (1903-99), Tadeusz Kutermak (1909-90), Adam Marczyński (1908-85), Jadwiga Maziarska (1913-2003), Julian Pietrzyk (1907-95), Leon Rozpendowski (1897-1972), Józef Skrobiński (1910-79), Jan Szancenbach (1928-98), Czesław Rzepiński (1905-95), Władysław Wagner (1915-?), Stanisław Wałach (1919-83), Tadeusz Waśkowski (1883-1966), Mieczysław Wejman (1912-97), Zygfryd Wieczorek (1911- 80), Irena Wilczyńska (1907-78), Romuald Kamil Witkowski (1876-1950). All the enumerated artists represented different painterly formulae, in 1950 considered as incompatible with the Soviet method of describing the reality, beginning with the most widespread colourism, through Post-Cubism, up to the Avant-garde styles.