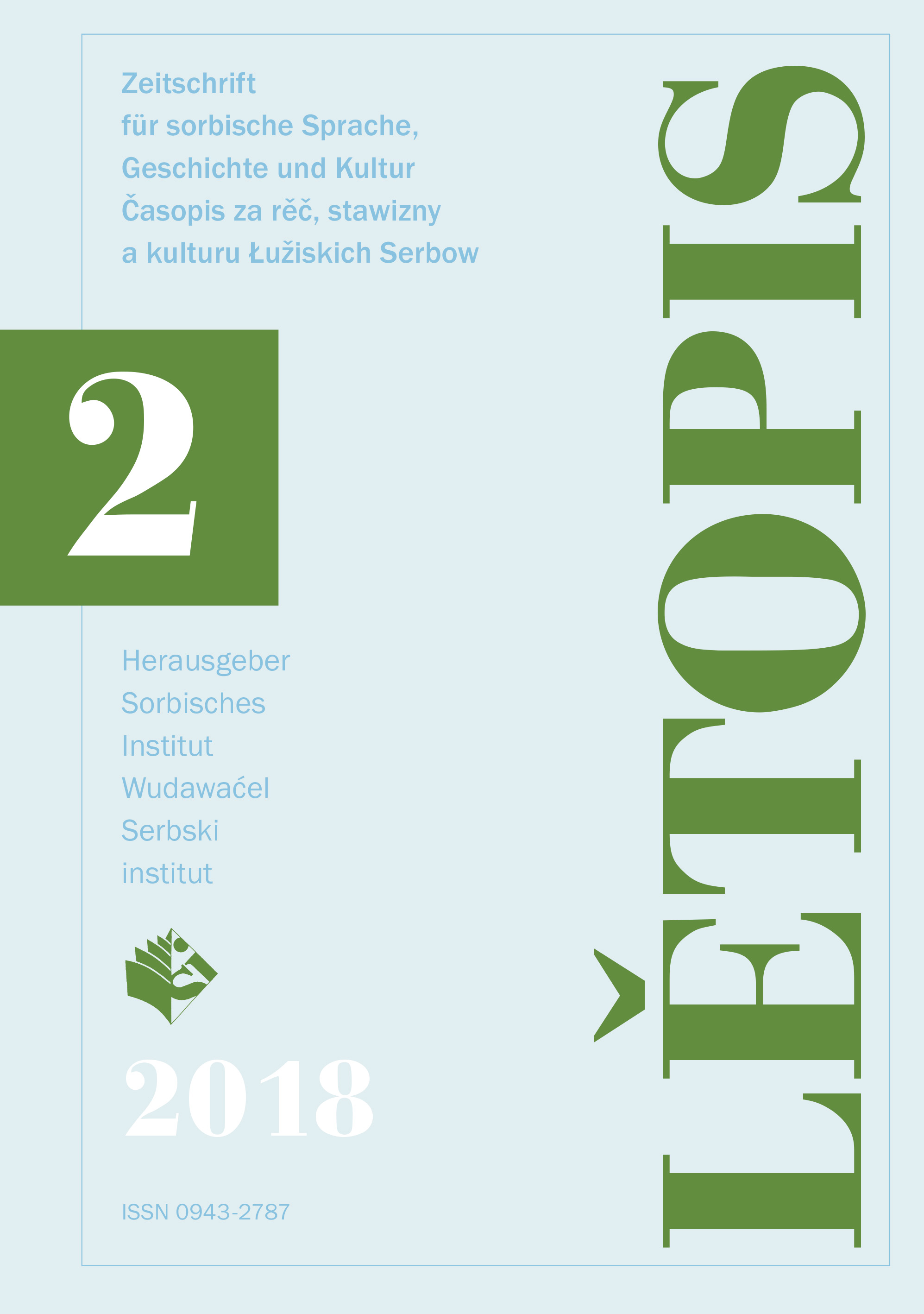 Between Political Domination and Detachment

Summary/Abstract: Rudolf Lehmann was a local historian of German origin who worked the most intensively and in the most varied of contexts with the development of the Sorbs/Wends in Lower Lusatia in his time. This high level of interest, open-mindedness and tolerance towards the Sorbian/Wendish ethnic group derived from his long-time contacts with representatives of the Western Slavonic nation, whose interests he supported in his Lusatian homeland on occasion, even after 1933. At the same time, working on the project “Monograph of the Wends” in the second half of the 1920s, he felt obliged to “support scientifically the public perception of the Wends and the Slavs as primitive and the legitimacy of the victory of a superior German culture.” Lehmann was not able to withdraw from this programmatic line, certainly not under National Socialism, after he took over as chairman of the Lower Lusatian Society and was responsible for overseeing the publication of its journal. From 1937 he used this medium to support the idea proclaimed by Nazi institutions, devised specifically for Lusatia, of the “idea of a ‘racially pure’ German homeland”, in which “all memory of the ethnic-cultural autonomy of the Sorbian ethnic group […] was to be expunged from collective memory”. He was not able to free himself from this conflict even after 1945. On the one hand he tried to prove “that Lower Lusatia had never been forcibly Germanized”, with the possible exception of the National Socialist period. On the other hand he did not stop working academically on the history of the Sorbs, even after he had left the GDR. After the Second World War the Sorbs had tried win him over as an academic colleague and university lecturer. But he, as a result of his experience with National Socialism and his fundamentally conservative point of view, was consistent enough “not to provide support for Sorbian political endeavours”, especially since he regarded the “artificial inflation of support for the Sorbs” in the GDR as pointless.