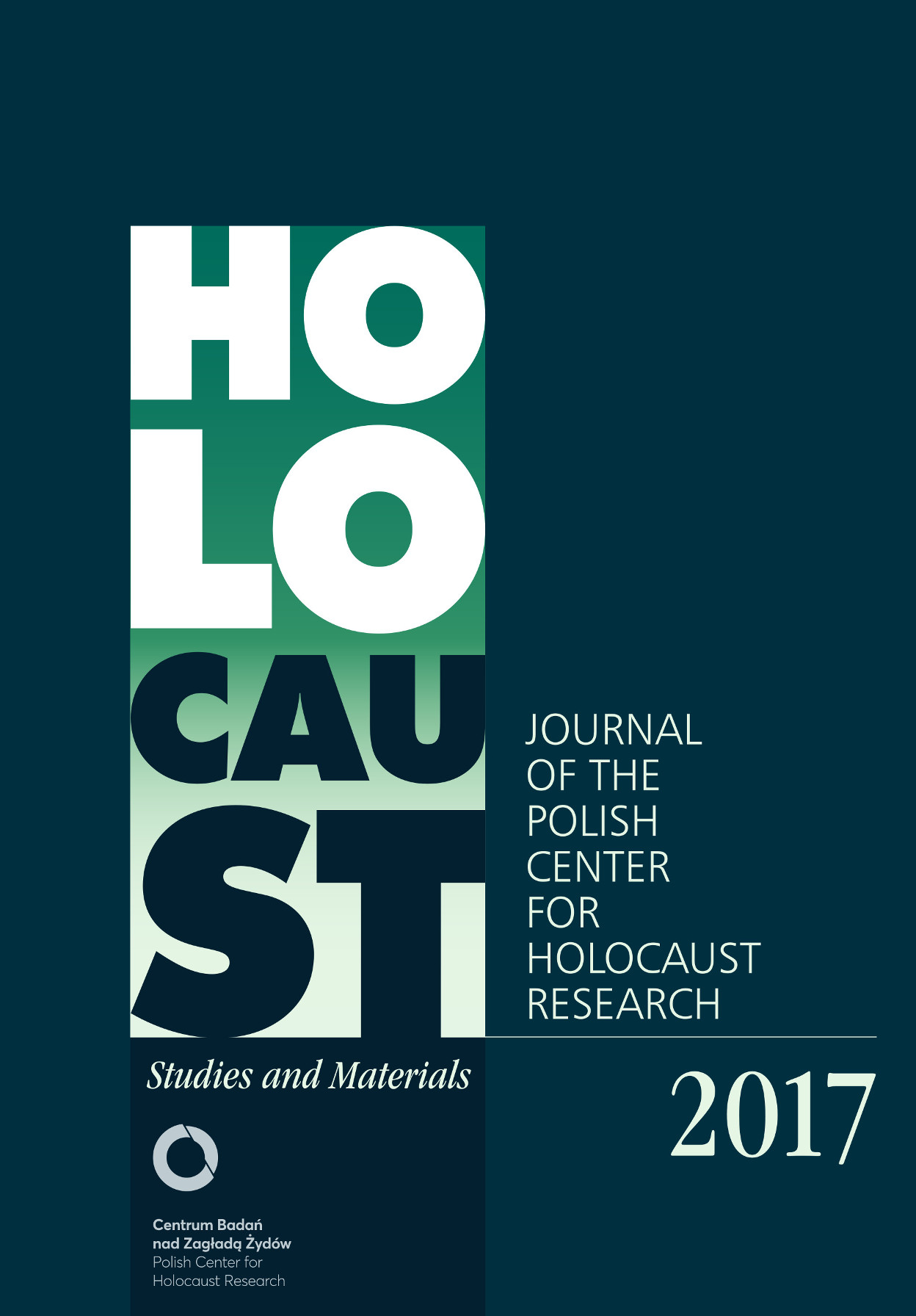 Summary/Abstract: The author investigates how corpses of murdered Jews were hidden in towns during the occupation. She examines the case of Edward Toniakiewicz and his murder of three Jews he was hiding in his cellar, and whose bodies he then attempted to dump into a nearby pond. The crime came to light due to his neighbour’s curiosity. The investigation was conducted by the Polish ‘blue’ police, and its documentation was used during Toniakiewicz’s trial after the war. This revealing paper acquaints the reader with various aspects of the fate of Jews hiding on the ‘Aryan side’.