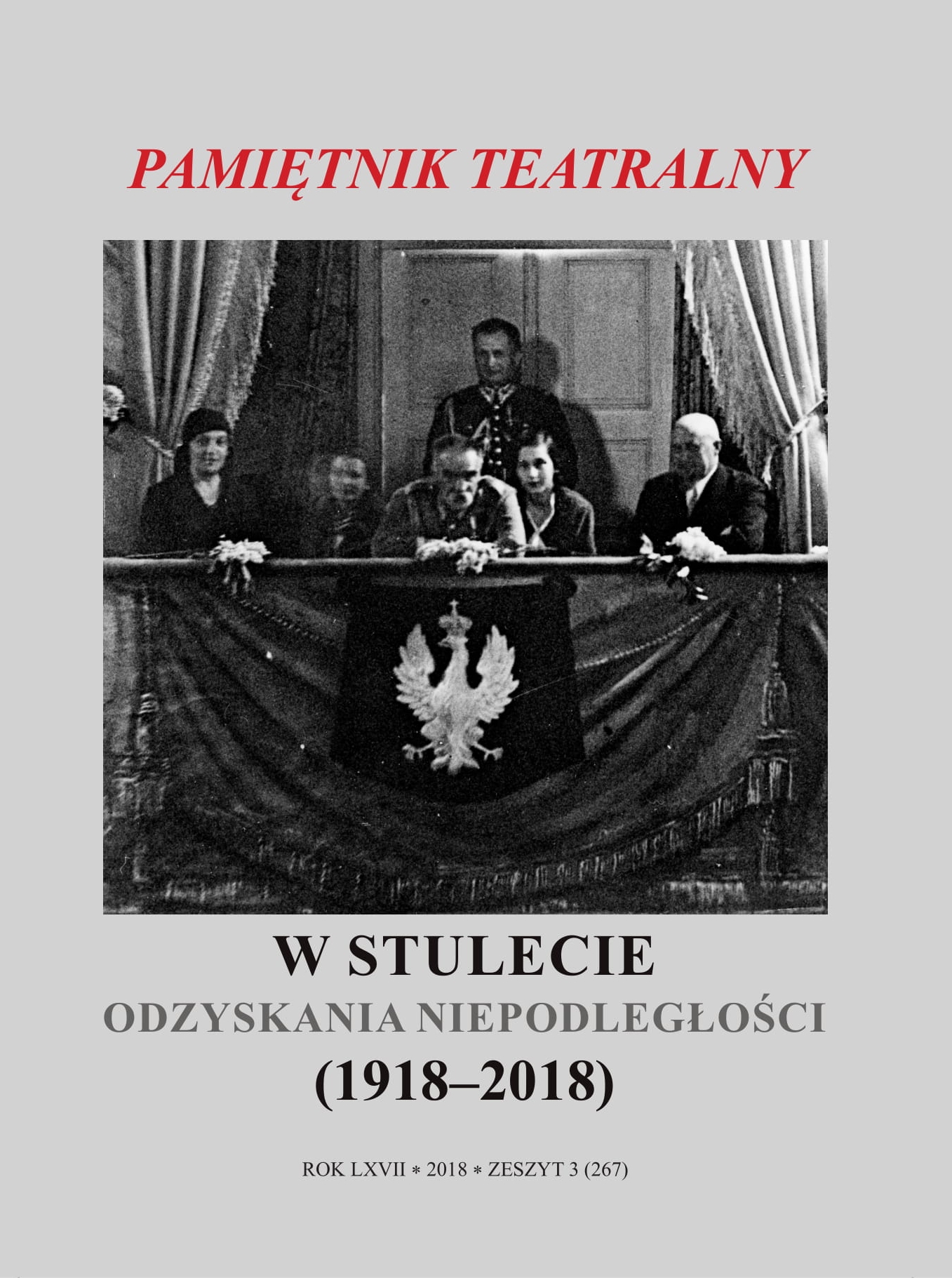 Summary/Abstract: The exhibition “Enrico Prampolini. Futuryzm, scenotechnika i teatr polskiej awangardy” (“Enrico Prampolini. Futurism, Stage Design and the Polish Avant-gard Theatre”), open at the Muzeum Sztuki in Łódź between 9 June and 10 October 2017, was one of the most intense encounters with the Avant-garde last year, which was a jubilee year. The exhibition offered an erudite journey that followed the interests of the curator Przemysław Strożek, a researcher specialising in Italian Futurism and its reception in Poland. Despite a clearly defined goal of setting side by side the creations of Prampolini and the achievements of Polish Avant-garde theatre, it was not a classical “thesis exhibition,” which can be regarded as the curator’s fault or as his credit, and the judgment on this point depended mostly on how well versed in Avant-garde movements the viewer was. A complex, multi-threaded narrative that the exhibits amassed in a rich and representative selection were telling proved not accessible enough for some of the public, while other visitors found it exquisitely enlightening. The connexions between avant-gardists of different countries were displayed in a subtle way, and the space in which the visitors could explore them afforded a chance to investigate the exhibition freely and at one’s own pace. The endevour was all the more appealing due to the fact that the setting made a clear linear narrative virtually impossible, favouring a meandering and dialogical tale instead. The outcome was a fascinating maze of compelling, and sometimes difficult to discern, feedback relations between the Polish and Italian avant-gardes of the 1920s and 1930s.