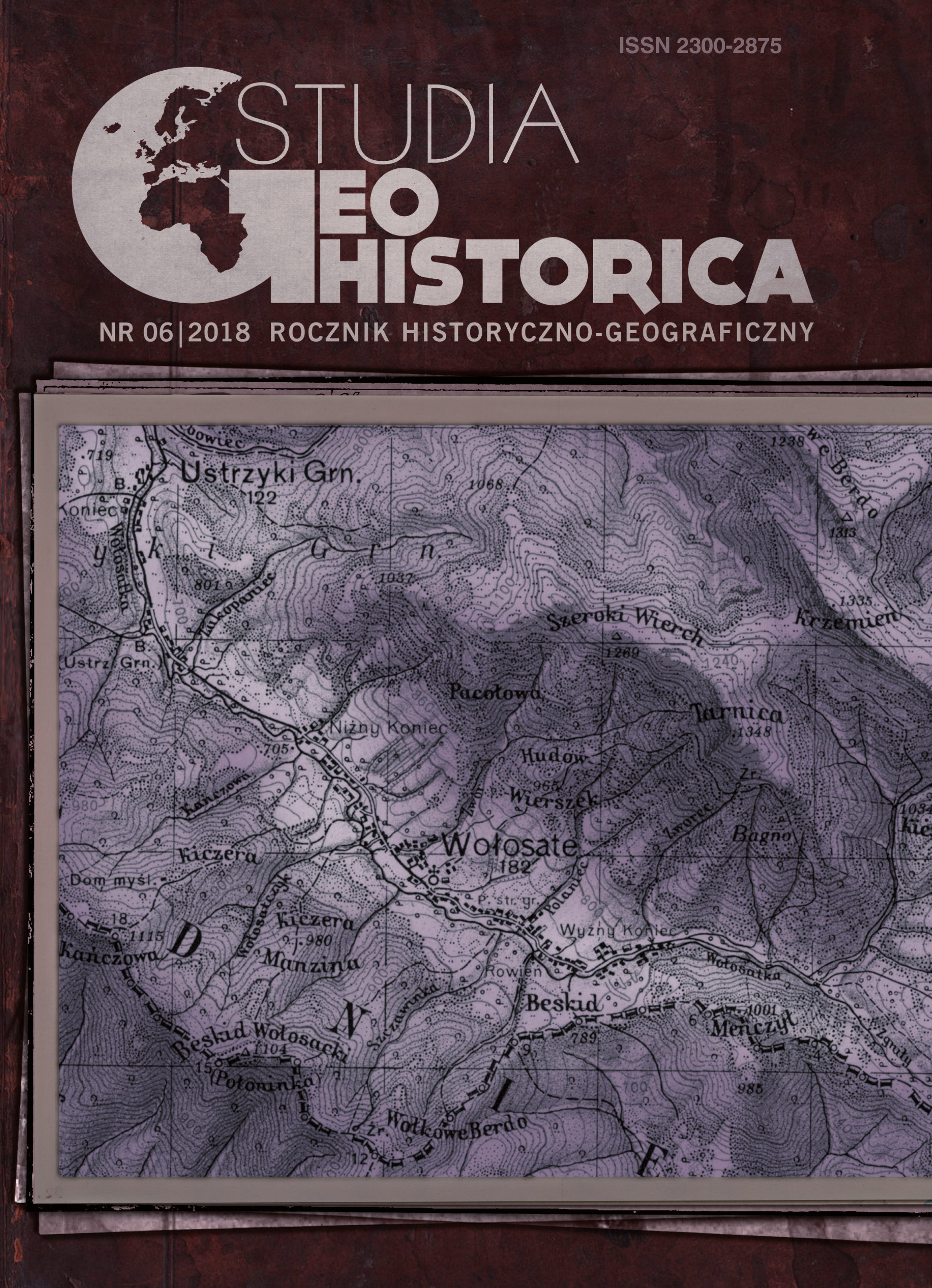 Summary/Abstract: In the article, a process of elaboration of a database on afforestation reconstruction in Nowy Tomyśl Plain in the modern era was presented. The aim of the publication was to share the materials acquired from old and current maps and written sources, which are used in the reconstruction of the acreage, borders, and type of the forest in the area under scrutiny. It can be treated as a collection of metadata, in which the methodology of each thematic layer acquisition and elaboration is described. The elements in the database can be divided into four main thematic groups: Basemaps, Settlements and Administrative Divisions, Natural Landscape, and Forest Reconstruction Data. The basemaps comprise the Prussian georeferenced old maps: Gilly-Crons’ map (1:50,000, the end of the 18th century) and maps in scale 1:25,000: Urmesstischblatter (first half the 19th century) and Messtischblatter (second half of the 19th century). In order to graphically connect the historical to the current data, the topographical map and a Digital Elevation Model acquired from Geoportal were used. The application also includes the settlements, administrative divisions: form the 16th century (on the basis of the last HAP volume) and the 18th century (reconstructed for the purpose of this project on the basis of the old maps and written sources). In the Natural Landscape thematic group, there is data on hydrography and afforestation dating back to the end of the 18th century (Gilly- -Cron’s map) and the first half of the 19th century (Urmesstischblatter). The crucial objects from the perspective of the conducted analysis are those on afforestation. Their choice was based on the potential to reconstruct the extent, borders, and types of forests in the said area in the 16th century. Thus, worth mentioning are: data on Dutch settlement dynamics in the 18th century, potential forest area per a village, results of Archaeological Survey of Poland, onomastic information, or even the information on the vegetation type acquired from the written sources, and old and current maps. All the above can be analysed in the application, though they can also be downloaded if the need arises in the form of a geodatabase (*.mdb) and analysed further by the more advanced users.