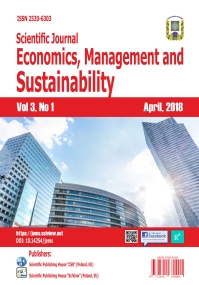 Summary/Abstract: Considering the impact of Brexit on the foreign direct investment (FDI) in the United Kingdom, contrary to previous studies from economic literature, this research focused on two proxies for FDI: FDI projects with the associated new and safeguarded jobs and FDI inflows as percent of GDP. Moreover, other methods were used to measure the Brexit impact on the FDI: a gravity model approach based on mixed-effects Poisson models and a counterfactual analysis based on differences-to-differences estimators. The main results indicated that the number of FDI projects might decrease after Brexit by 65% till 90% in 2019. A higher increase by 97% is expected to the number of new and safeguarded jobs. Even if FDI inflows in the UK significantly increased compared to the rest of OECD countries because of the EU membership, Great Britain should follow the model of Norway and Iceland after Brexit in order to avoid significant losses in the FDI inflows.