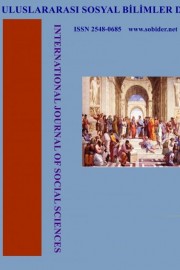 Summary/Abstract: In the pre-Ottoman Turkish and Islamic states, slave people were used in state service. The Abbasids, the Seljuks and the Anatolian Seljuks, the slaves that were seized during the wars were Muslimized and, after a good education, were employed in various state services, especially military service. The Ottomans continued this tradition from the previous Islamic states.