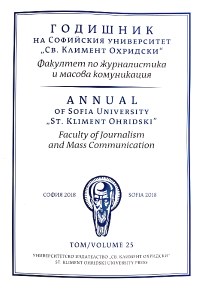 Summary/Abstract: The article examines how the issue about the sanctions against Russia, imposed by the EU in response to the Crimean annexation and the destabilization of Ukraine, was politically (mis)used in the 2017-election campaign in Bulgaria. The empirical data presented show that certain politicians and political parties used a mix of untrue facts, speculatively selected facts and opinions presented as facts, in order to frame the topic according to their party lines. Ultimately, some politicians (mis)used the subject, while deliberately misleading and misinforming the audience. Against the backdrop of recent discussions about fake news and disinformation, focusing primarily on the online media, the case study presented here demonstrates how easy it is for the disinformation to penetrate traditional media when politicians are its main sources and speakers.