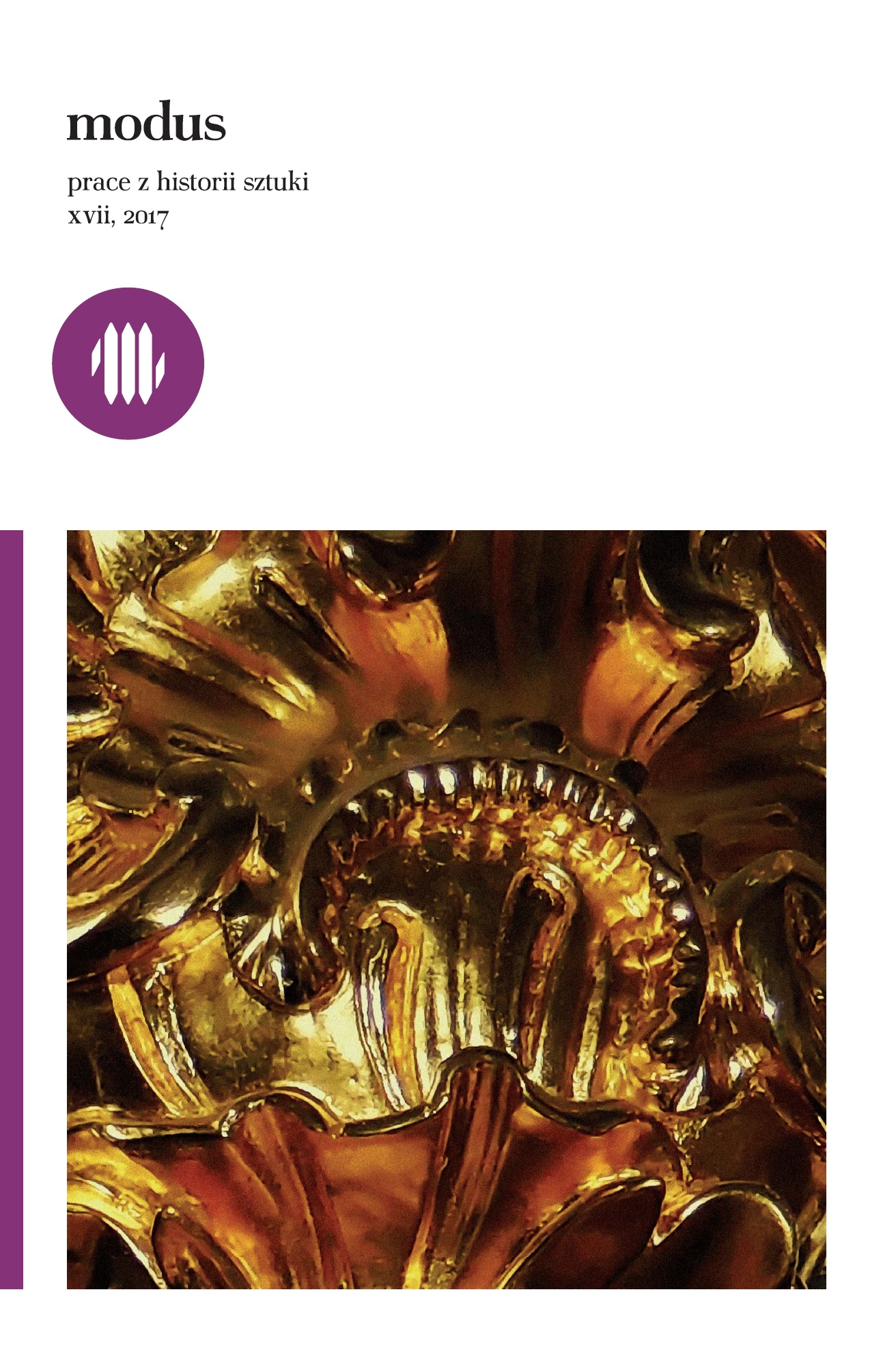 Summary/Abstract: The paper deals with the chapel located by the parish church in Frydmanin the Spiš (Scepusium) region, founded by the local parish priest Michał Lorencs in 1764.The interior of the octagonal building, is fitted with a homogeneous set of furnishingsconsisting of a centrally located two-sided retable surmounted by a unique shrine inthe form of a glazed star, and numerous wooden sculptures decorating niches in the walls.The chapel used to be a pilgrimage site and became the founder’s resting place. The paperdiscusses the history of the chapel, the religious and political context of its foundation aswell as problems explored in earlier studies, both popular and scholarly ones, with specialattention devoted to the article by Jan Białostocki and Adam Miłobędzki, from 1957, thathas served as a crucial point of reference in the existing interpretations of the chapel.Further, the article attempts to elucidate the still unresolved problem of the origins of thechapel’s plan and forms of its retable, pointing to the traits they share with the sacred architectureof pilgrimage sites, particularly shrines. The Chapel of the Holy Shroud in Turin hasbeen suggested as the closest counterpart for the Frydman chapel as far as its architecturalplan, the retable type and the way of displaying relics are concerned. The soft, flowing linesof the a-tectonic forms of the retable, in turn, seem to resemble South-German small-scalearchitectural church furnishings from the mid-eighteenth century.As far as the message carried by the decoration of Our Lady of Mount Carmel Chapel isconcerned, selected Old- and New Testament figures, depicted in the retable and wall niches,have been identified, and particular themes represented in the above decoration have beendetermined. The first, sepulchral, theme is manifested in the unmarked burial site of FatherLorencs, located ad sanctos, in the immediate proximity of the relics of catacomb saints.The next, Carmelite, theme is related to the Scapular Confraternity that had been associatedwith the chapel and church. The paper discusses also the Marian symbolism of the chapel,already explored to some extent in earlier literature, and its prominent Christological andEucharistic themes, which have hitherto not been adequately examined. In conclusion, OurLady of Mount Carmel Chapel is considered as a symbolic representation of the HeavenlyJerusalem and a powerful profession of faith in the intercession of saints and the Virgin Marybefore God.