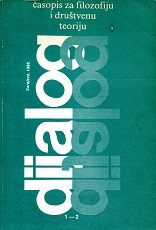 Summary/Abstract: The text »The Three Funerals« is a part of Ian Kot’s biography, a famous theatre theorist, essayist and literature historian, the author of books of essays: Shakespeare our Contemporary, Eating of Gods, Theatre of Essence and other Essays, A Cage is Looking for a Bird. Ian Kot has an interesting biography. During the Second World War he was a member of Resistence Movement. From 1945 to 1950 he worked in the editorial of socrealistic magazine The Smithy«. He was one of the leading stalinists, then a disappointed communist and a critic of Stalinism. He left Poland in 1968 because of his antistalinist views, and settled in the United States. He thought at the most distinguished universities of Europe, America and Japan. In his autobiographical prose, published in fragments in various magazines, he deals with the problem of Stalinism in Poland, namely he talks about its causes and discusses the fate of some of the well-known stalinists.