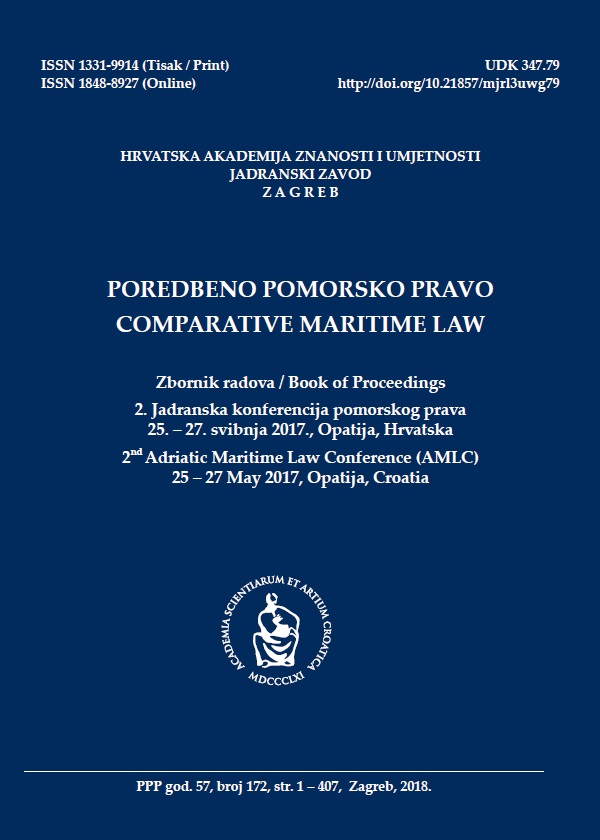 Summary/Abstract: Terrorism is a complete negation of democracy and of all recognized values of contemporary world and, as such, is considered to be the key destabilizing factor in attaining global and national security. Maritime terrorism, as one of its manifestations,represents an enormous threat to human lives, marine environment and safety of navigation in general. In the last thirty years, International community and European Union made strenuous efforts to prevent terrorism and even intensified them after USA terrorist attacks in September 2001. A whole range of international and national regulations was adopted, creating in that way, quite a systematic legal framework. In this article the authors elaborate on relevant legal documents with special reference to the role of Croatian Coast Guard in the combat against maritime terrorism.