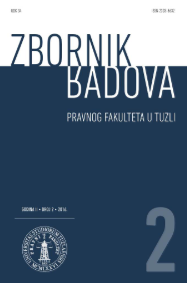 Summary/Abstract: Belgium is basically a country of its citizens, Belgians. However, besides this starting assumption, we can define it as a heterogeneous country of several language communities, regions and confessions. A community as heterogeneous as this has to answer to the question of existence and relationship of several language communities and territories which they populate homogeneously. As such, language communities are often found in an antagonistic relationship, but it is more important that they make the basis for disintegration levers of a country. In addition, the relationship between citizens (individuals), on the one hand, and language communities (collectives), on the other hand, is very important. In regards to this, the author investigates and concludes that questions such as citizen sovereignty, elements of consociations, territorialisation of national interests, (dis) integrative factors of a country, and especially the relationship between Flemings and Walloons make the basis of the balance between citizen and ethno-cultural interests in Belgium. The basis of the todays constitutional law of Belgium is in fact its citizens as abstract equal members of political community along with the recognized language communities.