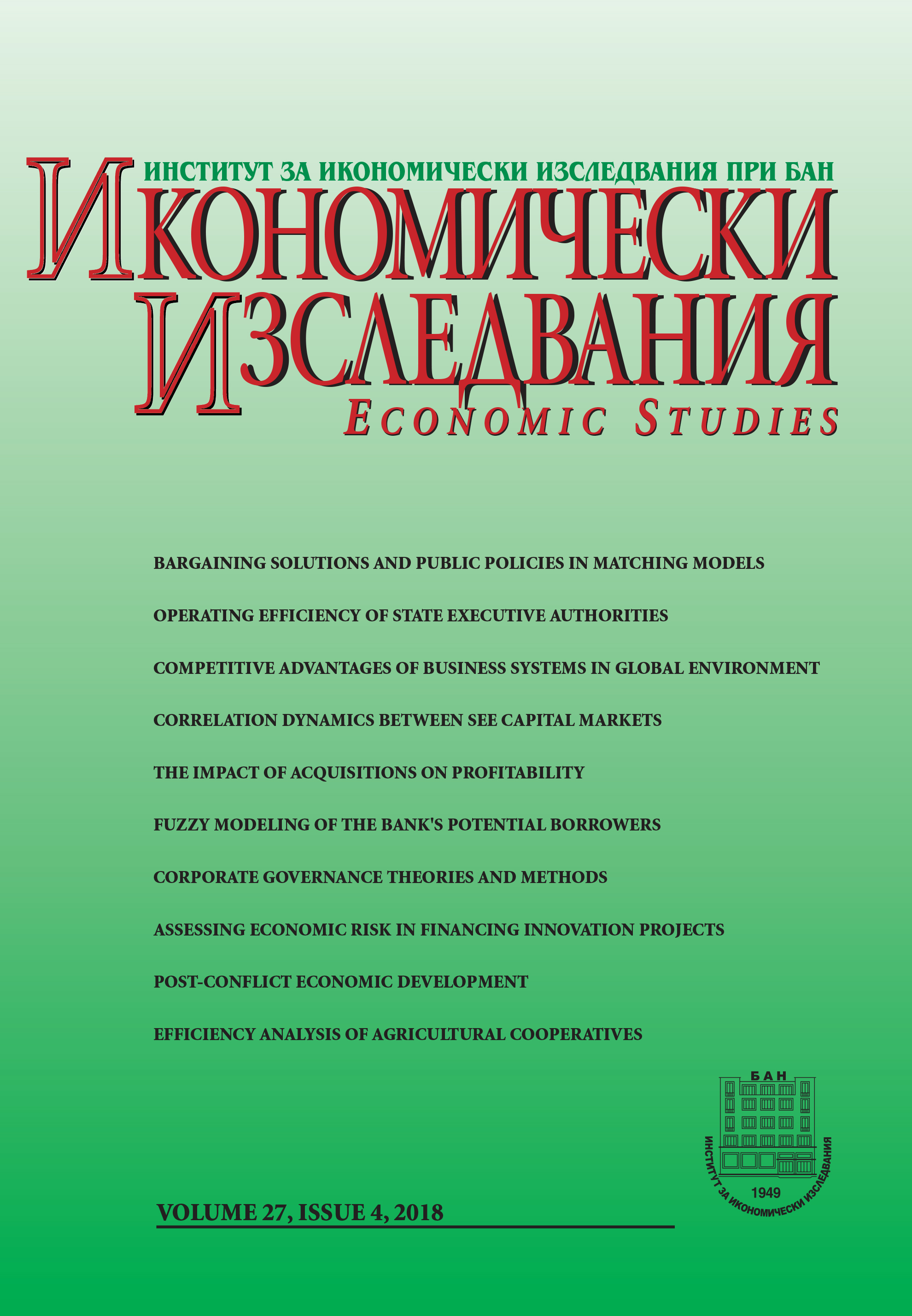 Summary/Abstract: This study examines the linkages between eight South East European emerging stock markets and three reference ones during the period 2005-2015 In this study we prove that there is a weak or moderate positive correlation between the reference capital markets of Turkey, Greece and Croatia and the other examined markets. All things considered, it seems reasonable to assume that there is a strong relationship between SEE capital markets. What is more, the degree of the development of the SEE capital markets determines the linkages between them, while the reference capital markets are with weaker correlation in the group than the developing markets. The developing capital markets of the explored group are strongly determined by country-specific factors, but five of them are strongly influenced by the Greek innovations. However, the market integration is anticipated to strengthen, as a result of EU expansion, as the implementation of Strategy 2020. These countries will take profit if their capital markets are more accessible to foreign investors, reorganizing them in conditions to international law in order to defend foreign investors.