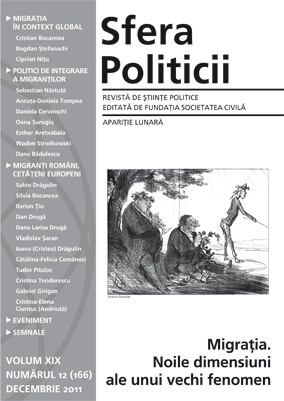 Summary/Abstract: Migration is not a new phenomenon. Starting with the modern era, and continuing with the contemporary one, migration slowly became a means helping the development of capitalism. Due to market competition and to the need for cheap working force the cost of human capital lowered, thus triggering the migration phenomenon. Briefly, people originating in underdeveloped countries started to move towards economically developed countries. That is also the case of the Romanian migration phenomenon, developed after 1990. It can be easily included in this global contemporary phenomenon.