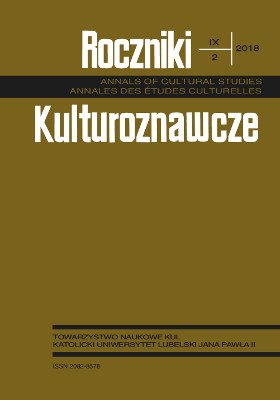 W świecie, ale nie ze świata — o fenomenie brata Józefa Żarnowieckiego
In the World, but Not of It: The Phenomenon of Brother Józef Żarnowiecki

Summary/Abstract: The article presents the character of Brother Józef Żarnowiecki (1913-2003), and aims to preserve the memory of one of the most recognisable characters at the sanctuary in Kalwaria Zebrzydowska. Brother Józef, for more than half of the century, was an ascetic in Kalwaria Zebrzydowska. Due to the secrecy of Brother Józef, not much direct information about him has been gathered. Therefore, the work was based on the publications such as: an article about Kalwarian’s hermits, an interview given by Brother Józef and a documentary titled Pasja [The Passion]. An image of Brother Józef emerges from testimonies of Kalwarian’s pilgrims as well. Their statements provide an additional source of information on how Brother Józef was perceived and what influence he had on others. From the quoted in the article testimonies, we obtain the character of a modest, poor person, traversing Kalwarian’s paths with his head bowed low down, deep in prayer. With his humble attitude, he attracted pilgrims’ attention, who willingly gave him small donations, and asked for prayers for various intentions. In their memory, he primarily remains a silent hermit, “a Kalwarian’s beggar.”