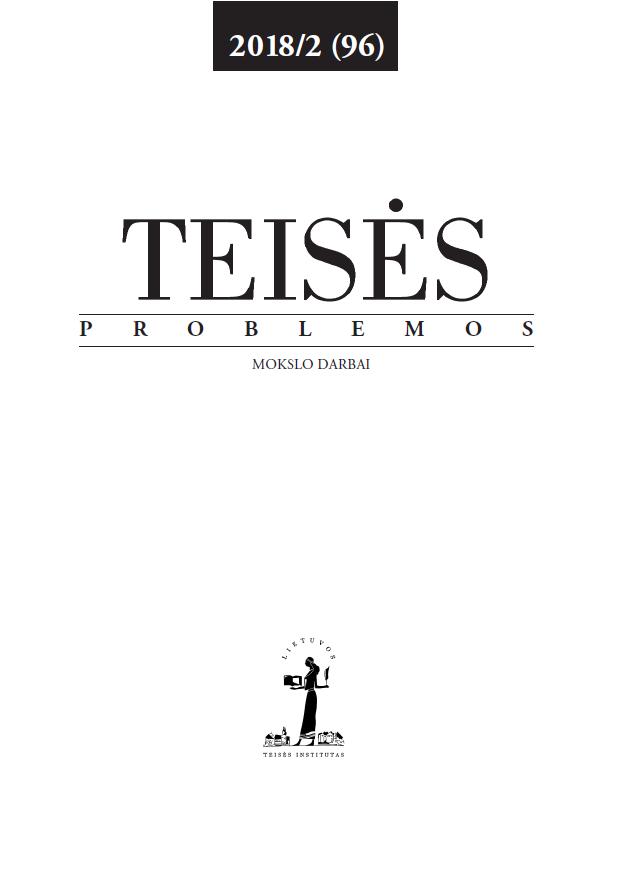 Summary/Abstract: The main subject of the article is corruption and lack of transparency in Lithuanian media. In the first part of the article, the phenomenon of media corruption is analysed, including main features of this phenomenon and differences in various countries. Examples of good practice of fighting corruption are analysed as well. The second part of the article is dedicated to Lithuanian experience related to corruption and non-transparent practices in the media sector. Subsequently, according to the analysis of the legal basis and the results of qualitative interviews with experts in the field, the author proposes recommendations concerning suitable measures to prevent corruption in the media sector. Corruption in media is a complex phenomenon with latent character; therefore, it is quite complicated to research and measure. According to scientific literature, the level of corruption in the media sector is strongly related to the general level of corruption in a particular society. Media corruption in different world regions and countries has its own dynamics, structure and intensity. The situation in some of post-communist countries could be characterised as “systemic media corruption” or “vicious media market”. It would be a bit of an exaggeration to assign Lithuania to such group of countries; however, there are problematic areas in the Lithuanian media sector. Based on the results of the research, especially vulnerable areas are regional media and the funding of public relations services. According to the opinion of the experts, a serious problem is non-transparent informal relations between politicians and media outlets. Lack of the transparency could be noticed regarding ownership of the particular outlets. Moreover, sometimes owners act as de facto editors. Key players in the Lithuanian media sector are businesses, politicians and owners of media outlets. A big threat to transparency is when a politician owns particular outlet. Furthermore, in some cases the emergence of the so-called oligarchic triangle could be observed, i.e. that politicians, businesses and media outlets (or owners of the outlets) work together, and this scheme is especially dangerous. In order to increase transparency in the media sector, information concerning ownership of media outlets should be made available to the public as much as possible by, for instance, imposing a requirement for media organisations to provide such information on their official websites. Another problematic area is funding (in most cases from EU structural funds) for public relations that is administered by public bodies. The main problem is non-transparent public procurement tenders, where public relations agencies act as intermediaries between public bodies and media outlets. In addition, it should be stressed that the Lithuanian media is quite vulnerable financially, especially in the rural regions, where the advertising market is small. In order to curb media corruption and raise awareness about this issue among journalists, it is recommended to organize special training or conferences on the subject. Another possibility is to establish scholarships for the best research in investigative journalism. In this case, it is important to consider the source of funding and an independent body that could grant such scholarships. Lastly, it should be noted that while the recent adoption of Whistleblowers’ protection law is also a positive change in the media sector, it is difficult to say how effective it will be in the future because implementation of the law is strongly dependent on substatutory legal acts and the role of Public Prosecutor’s office.