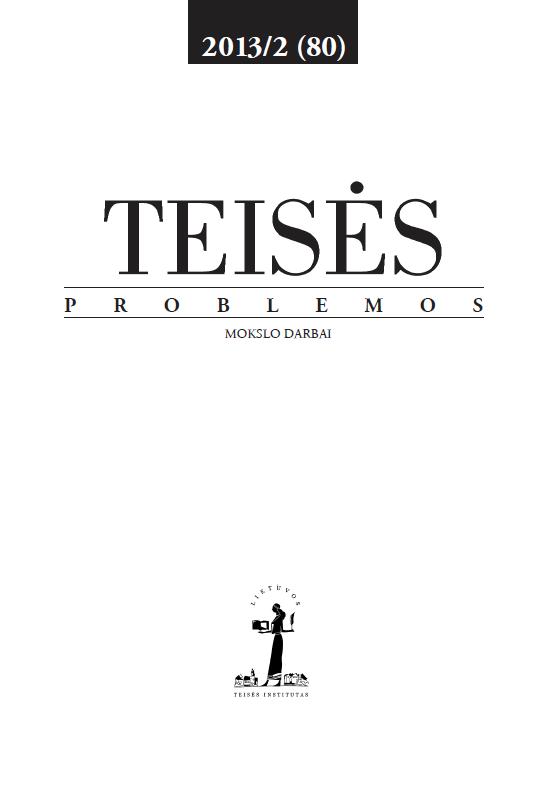 Summary/Abstract: This article analyzes drug control policy and legal regimes in Lithuania and other European countries. In the first chapter, the author analyzes the international legal framework related to drug control and drug control policies in various European countries. At first the article highlights that countries cannot choose their own drug control policies without due consideration of extent obligations under international treaties. UN and EU conventions and protocols on drugs are the most relevant prevailing influencers in this regard. According to these documents, the distribution and trade of illicit drugs are to be considered as serious offences liable to imprisonment or other forms of deprivation of liberty. On the other hand, possession of illegal drugs for personal use is not considered a serious offence subject to criminal prosecution. This important distinction is clearly reflected in national drug policies throughout the continent. It is stressed, however, that laws alone have only a partial effect on the drug scene of any particular country. It depends more on various socio-demographic factors than on particular legal framework although less strict and more humanistic attitude can be helpful to reduce harm (especially speaking about problematic users). The second chapter is devoted to the peculiarities of the Lithuanian legal regime. Generally speaking, Lithuania is well situated in the European context. In Lithuanian criminal law, a significant distinction is made between dealers and users as use of a prohibited substance imposes only administrative liability. It is noted, however, that there is overlap between criminal and administrative law as acquisition and possession of a small amount of an illegal drug can be treated as criminal offence as well as administrative violation of law. The author thus recommends the elimination of use-related activities from the Criminal Code as they cannot be considered as serious offences. A separate point concerns the Lithuanian drug classification system which is based on various criteria and lacks clearly indicated scientific grounds. The author recommends that the classification system should rest precisely on strong scientific grounds and that the classification criteria should be clearly prescribed by law.