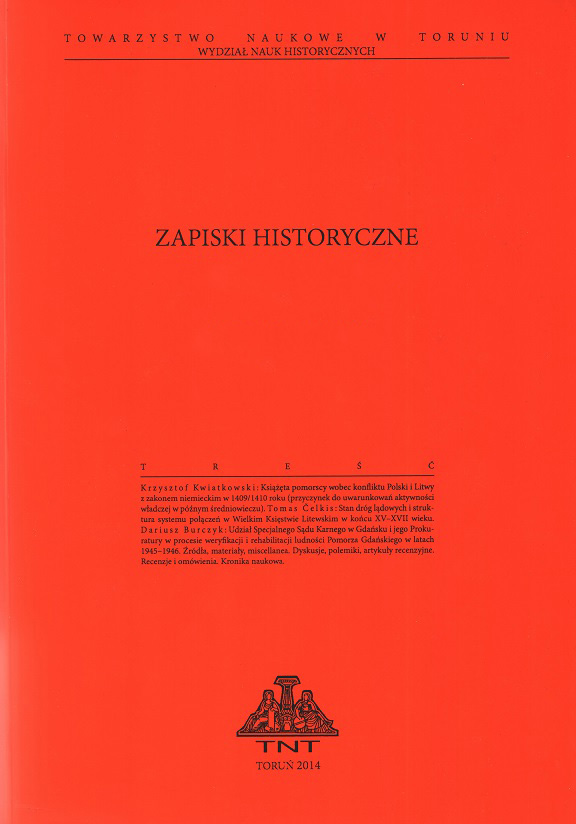 W służbie Sobieskiego
In the Service at Sobieski

Summary/Abstract: So far the figure of Jan Gorzeński was treated marginally by researchers dealing with the subject matter of the political and military clientele of Jan III Sobieski. The activity of Gorzeński in the institutions of political life in the province of Greater Poland became the starting point to his further activity in the Sejm. Obedience and loyalty which were evinced by Gorzeński first towards the castellan, next to the voivode of Poznań Krzysztof Grzymułtowski allowed him to get closer to the people associated with Sobieski. Upon his inspiration, Gorzeński recruited members of the Sejm and converted them into supporters of the marshal and grand crown hetman. In the 1670s the activity of Gorzeński was also discernible in the military field. His participation in war campaigns against the Tatars, Turks and Cossacks made him a recognizable and praiseworthy commander of the dragoon regiment.The coronation of Jan Sobieski constituted the turning point in Gorzeński’s career as he was promoted and entrusted with the starost estates. His marriage with Sobieski’s relative – Elżbieta – the widow after Władysław Denhoff (died 1671) also helped him to be one of the co-operators of the king. Thanks to this, Jan won respect and had the opportunity to rise above the level of middle-income noblemen. In the last years of his life Gorzeński focused on the struggle with the Sapiehas, who at the end of the reign of Jan III Sobieski set up a faction which was in opposition to the court.