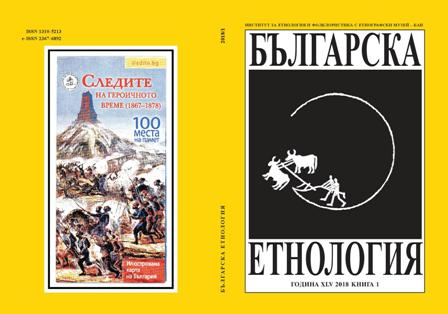 Summary/Abstract: The article analyzes the figure of Ivan Borimechkata (The Bear-Fighter) – one of the most famous heroes of April 1876 uprising – from the viewpoint of its hyposthases: as a literary character that gained popularity with Ivan Vazov’s novel “Pod Igoto“ [“Under the Yoke“]; as a historical personality with a concrete biography on whose basis Vazov created his literary character; as a mythical figure that found various representations in the national and local memory, in art, public discussions, etc.Analyzing comparatively diverse folklore and historical sources about Borimechkata, the article traces the processes of taking the concrete personality out of historical anonymity and turning it into a hero and a kind of myth. In the course of these processes, the historical indicators about the martyrdom of Ivan Borimechkata appear silenced by the voice of the heroic memories about him – ones created and affirmed through the character’s interpretation in literature, monumental representations,visual arts, and cinema. The article shows how the novel “Under the Yoke“ testifies not only of Vazov’s return to the “idealized epoch“ of the April 1876 uprising, with its ideas and heroes, but was also a powerful instrument in coining heroic characters and narratives connected with that time.