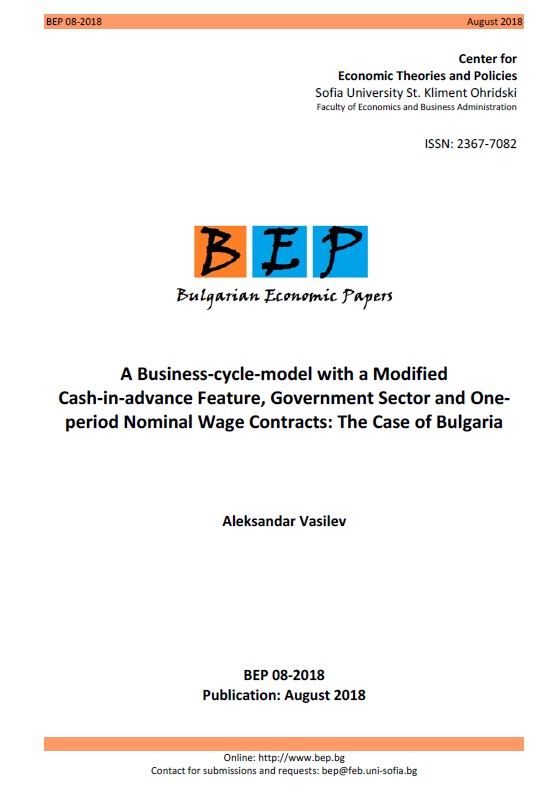 Summary/Abstract: We augment an otherwise standard business cycle model with a richer government sector, and add a modified cash in advance considerations, and one-period-ahead nominal wage contracts. In particular, the cash in advance constraint of Cooley and Hansen (1989) is extended to include private investment and government consumption. This specification, together with the nominal wage rigidity, when calibrated to Bulgarian data after the introduction of the currency board (1999-2016), gives a role to money in propagating economic fluctuations. In addition, the combinations of these ingredients allows the framework to reproduce better observed variability and correlations among model variables, and those characterizing the labor market in particular.