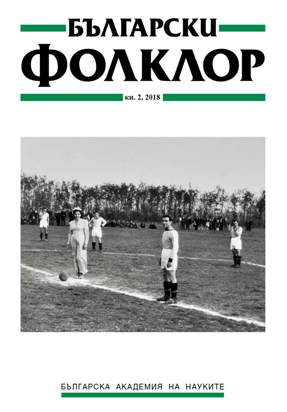 Summary/Abstract: The paper is the first part of a research, dedicated to the problem of how national identity of Kosovo is forged. It is analysed from the point of view of a particular case study – the missing persons and how their character is represented in the public discourses of Prishtina, Belgrad, and how the international community is involved.The problem of national identity building is considered in its complexity, taking into account numerous rival projects. The museum exhibition, dedicated to missing persons and cultural heritage artifacts could be regarded as case study.All the actors on the terrain apply their own ideological strategies, which could be identified in the concept of the “Missing” exhibition: how the personal memory is being domesticated and turned into history of the nation, how the transition from text to action was carried out, how memory, oblivion and history were (ab-)used as social building ideological toolkits. Particular attention was paid to the problem of the conceptualization of the recent past: how it was interpreted and attributed signs of prestige by the social actors involved in accordance to the interests of each of them.The ethnic conflict paradigm as a key concept widely used in contemporary humanities for explaining the Kosovo case as well as the disintegration of Yugoslavia is put under question. The history of the Museum of Kosovo is also involved, the debate between Belgrade and Prishtina for returning 1247 initially taken artifacts transported to Gračanica monastery and then to Belgrade in 1998 along with the withdrawal of the Yugoslav administration of the region is traced in its history and ideology, establishing references to the Kosovo myth, based on the folklore epics which were first published by Vik Karadžić in the 1820s and later became a canonized version of late medieval Serbian history.