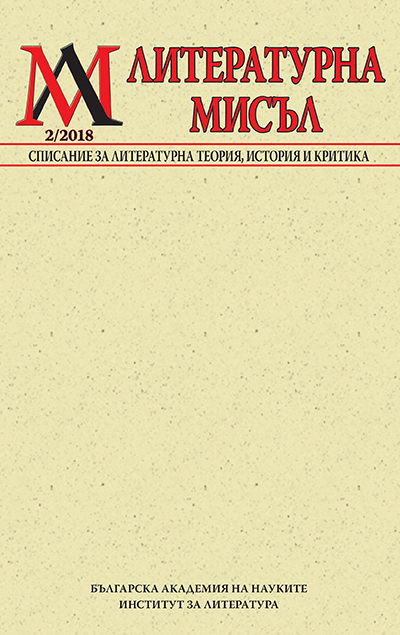 Summary/Abstract: On September 2, 1901, in Brăila, Romania, was born Andreas Embirikos (1901-1975), one of the most significant Greek poets who, along with Seferis, belonged to the so-called Generation of the ‘30s – an important representative of Greek modernism who introduced surrealism in Greek context, confirmed revolutionary of the word, great visionary, and heretic from his first poetry collection. In addition, professional psychoanalyst, enthusiastic photographer, and literary critic. The Great Eastern (Ό Μέγας Ἀνατολικός) is his magnum opus – the mega-novel of Embirikos, he has been working on for more than two decades, and was published only after his death. The Great Eastern contains 100 chapters, unfolding upon more than 2000 pages. The novel was released in 8 volumes only in the 1990s. There has been no comprehensive translation of the novel so far. The Great Eastern was on the verge to become the great unpublished of Embirikos and, unfortunately, remains the great untranslated of Embirikos. The Great Eastern is actually the name of a giant transatlantic steamship, a veritable Titanic‘s predecessor, which made several courses from Liverpool to New York and back in the second half of the nineteenth century. In a nutshell, in The Great Eastern Embirikos reveals a ten-day voyage of the giant steamship in May 1867 as a journey through hedonism and beyond, during which her passengers devote their selves to love without boundaries and generally to all kinds of crossing the boundaries. The Great Eastern is a transgressive novel. It represents literature that many would call dangerous. This is a good reason for speculating over the concept of transgressive. Boundaries and boundlessness are a matter of perspective. The real question is what goes beyond the boundaries of boundlessness.